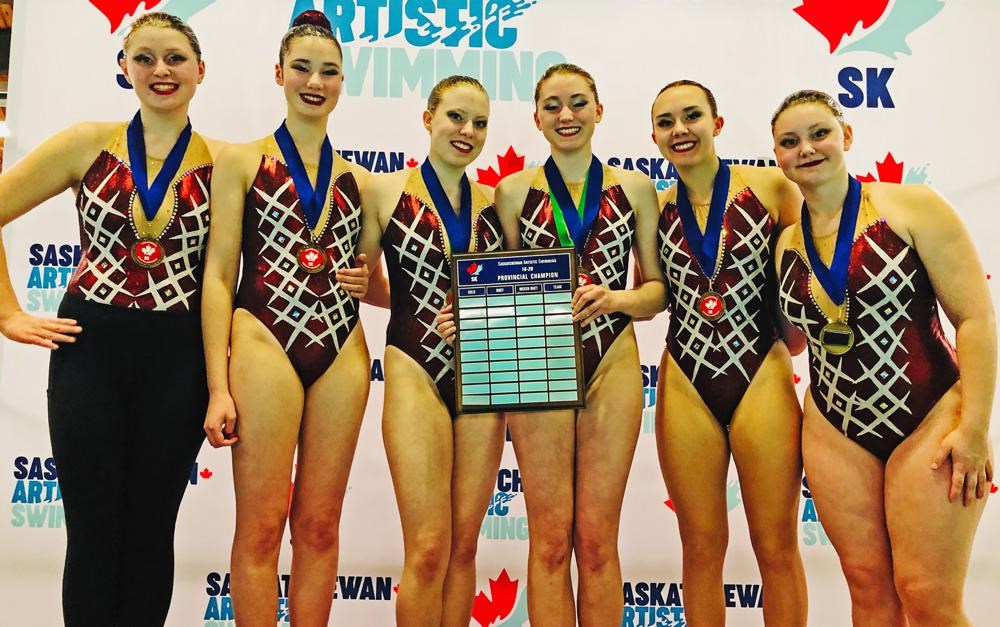 Weyburn Artistic Swimming Competitive Club competed at the Sadie Caulder Knight Provincial Championships held in Regina over the weekend of April 9-10 and won a number of medals including gold and silver.

Saturday night began the excitement of the routines.

In the 12U duet: Ava Donison and Sierra Dammann placed sixth at 50.0666. They were coached by Megan Dammann.

The final event was the team competition, with the South East Connections team winning the gold medal in the Junior Freestyle event with a score of 58.4833.

This team was formed with athletes from Weyburn Artistic Swimming Club and Estevan Mermaids for the SK 2022 Winter Games. With the Games postponed, the team opted to continue through the season. They are coached by Kim Nicut and Meagan Rothwell.

WASC, their athletes, coaches and family members are very proud of the accomplishments and successes of all the athletes this weekend.

Athletes will travel to Winnipeg on April 29, 30 and May 1 for the Canadian Prairie Championships (CPC) to wrap up their competitive season.