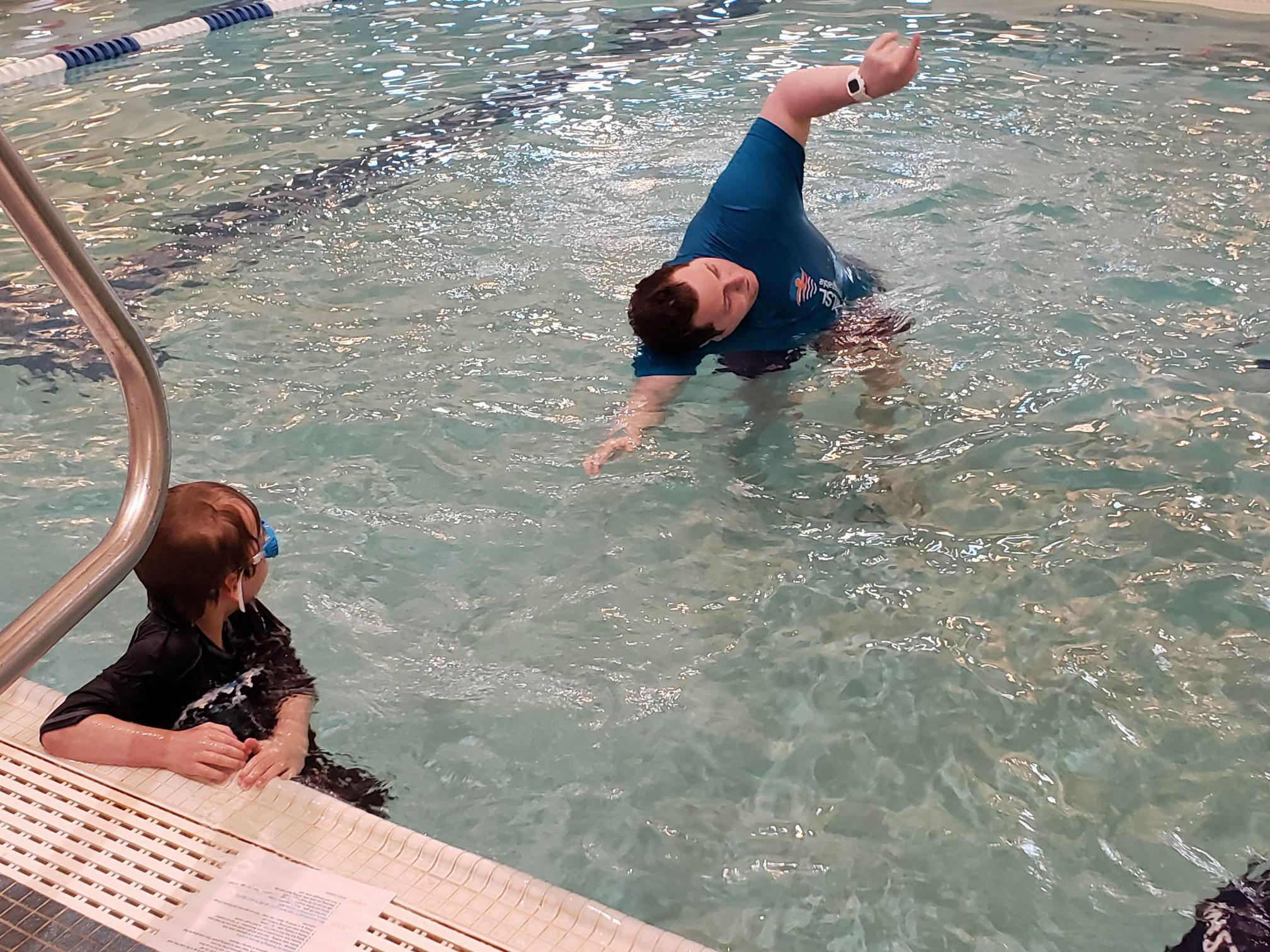 WESTPORT — Kids caused a stir at the Westport-Weston Family YMCA pool when they took part in the world’s biggest swimming lesson on Thursday afternoon.

The international event, now in its 10th year, is designed to raise awareness and teach children how to swim to avoid drowning. The organization estimates that around 600 venues in 20 countries will hold beginner swimming lessons this year.

“What we try very hard to do is promote water safety,” said Aquatics Director Jennifer McDonald. “Being in Connecticut, being in Westport, there are pools, there are lakes, there are beaches, there is water everywhere you go. … We want to make sure you are as aware as possible, in order to educate parents as well as children.

As this is the first year that the Westport Y has participated, McDonald said she hopes around 20 children show up for a free swimming lesson.

“I hope we can do that next year and for many years to come. And we want to bring in as many people as possible, no matter where they come from,” she said.

Although the count was a bit short, the event attracted people from beyond Westport, including Michele Ames.

Parent Redding brought his son Joshua, 6, for a lesson with instructors. “He’s learning his shots now,” she said.

Westport parent Zeheer Sherazi also brought his three children to the event, saying it’s good for them to have lessons and have fun in the water.

“They’re very comfortable,” Sherazi said of her two eldest children, Ali and Babi, as 2-year-old Munii splashed around on the sidelines.

McDonald’s plans to further promote water safety awareness through posters, a water safety day and a Water Watchers program for parents. In addition, the Y offers swimming camps and lessons throughout the year.

As summer approaches, “everyone hears about these very scary and life-threatening drowning incidents,” she said. “We want to keep this as little as possible, to keep every child as safe as possible, so hopefully this is kind of a start towards that.”