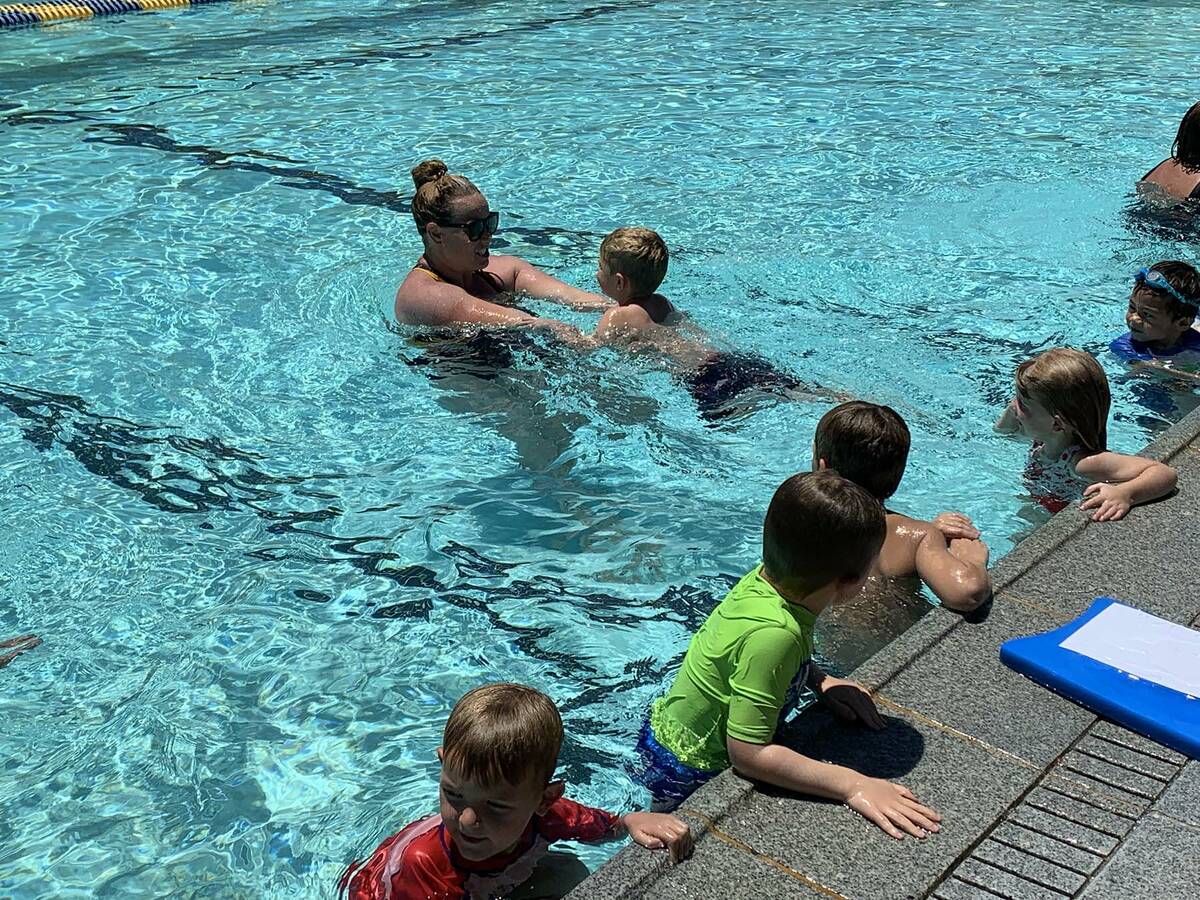 If there’s one thing Cheree Brennan is passionate about, it’s making sure everyone is safe “in, around and on the water.”

It’s one of the reasons why Brennan, Aquatic Director of the Municipal Pool, ensures that they take part in the world’s largest swimming lesson each year and invites the community to participate.

Held on June 23, the same 30-minute lesson was offered all over the world.

The world’s first swimming lesson was offered in 2010. Brennan said she believed this was the third time Boulder City had participated.

In Boulder City, 20 kids were officially enrolled, although there were actually 32 kids in the pool learning water safety tips. There were 17 additional volunteer instructors and lifeguards who participated.

“I think drowning, in most cases, is preventable,” Brennan said.

She also cautions parents against using “water wings” or swimsuits with built-in flotation devices. These, she said, provide a false sense of security and put the body in the wrong position.

Instead, she recommends those who can’t swim or go out on the lake wear US Coast Guard-approved life jackets.

Hali Bernstein Saylor is editor of the Boulder City Review. She can be reached at [email protected] or 702-586-9523. Follow @HalisComment on Twitter.