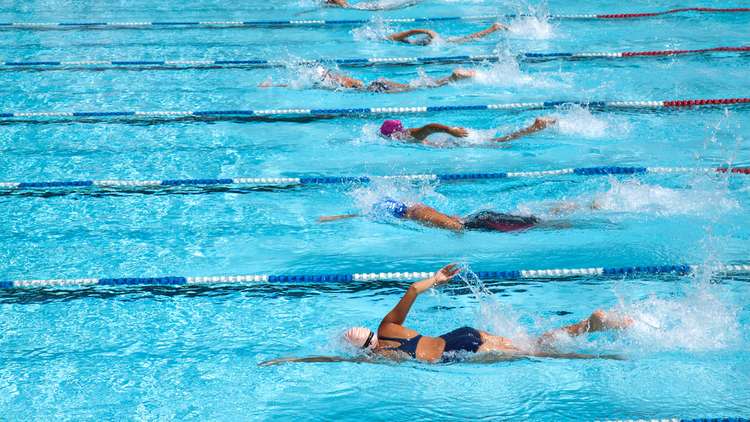 The organization behind international swimming, FINA, announced a ban trans athletes to compete in women’s events if they haven’t transitioned at age 12.

FINA’s policy begins Monday, according to a copy of the new rules.

Members of the body’s congress in Budapest, Hungary, voted with just over 70% support for the new policy after a presentation by medical and legal experts and two athletes Cate Campbell and Summer Sanders, who, according to FINA, supported the settlement.

The three groups had collaborated to create the policy after the International Olympic Committee issued recommendations examining the “benefits” of trans athletes, according to FINA. The IOC had discouraged levels of “testosterone addiction”.

“They’re not saying everyone should transition before they’re 11, that’s ridiculous. You cannot transition at this age in most countries and hopefully you would not be encouraged to do so. Basically what they’re saying is that it’s not possible for people who have transitioned to compete without having an edge,” said James Pearce, spokesman for FINA President Husain Al. -Musallam. Associated press.

Pearce noted that there are no trans women competing at the top of international swimming.

The swimming body’s new policy also included a possible “open competition” category. He said a working group would be formed to determine how best to create the category.

“Nobody really knows how it will work. And we have to include a lot of different people, including transgender athletes, to figure out how that would work,” Pearce said. “So there are no details on how it would work. The open category is something we will start discussing tomorrow.

In a statement, the Human Rights Campaign condemned the new policy. He said asking trans athletes to transition before the age of 12 is “an unrealistic and effectively impossible requirement, especially as some states, including Alabama and Arkansas, attempt to ban trans athletes from transgender youth to access the same age-appropriate, medically necessary gender-affirming care that would enable them to comply with this policy.

“This sudden and discriminatory decision is a blatant attack on transgender athletes who have worked to comply with longstanding policies that have allowed them to compete for years without issue,” said HRC Acting President Joni Madison. “This policy is an example of swimming organizations giving in to the avalanche of ill-informed and bias-based attacks targeting a particular transgender swimmer. We urge FINA to rethink its policy and ensure the inclusion of all athletes – including transgender women – and to allow them to participate in sports free from discrimination, abuse and harassment.

FINA policy will change the sporting career of Lia Thomas, the first trans woman to win an NCAA Division I women’s swimming championship. She is says multiple outlets in interviews he enjoyed continuing to swim after college and even trying to compete in the Olympics.