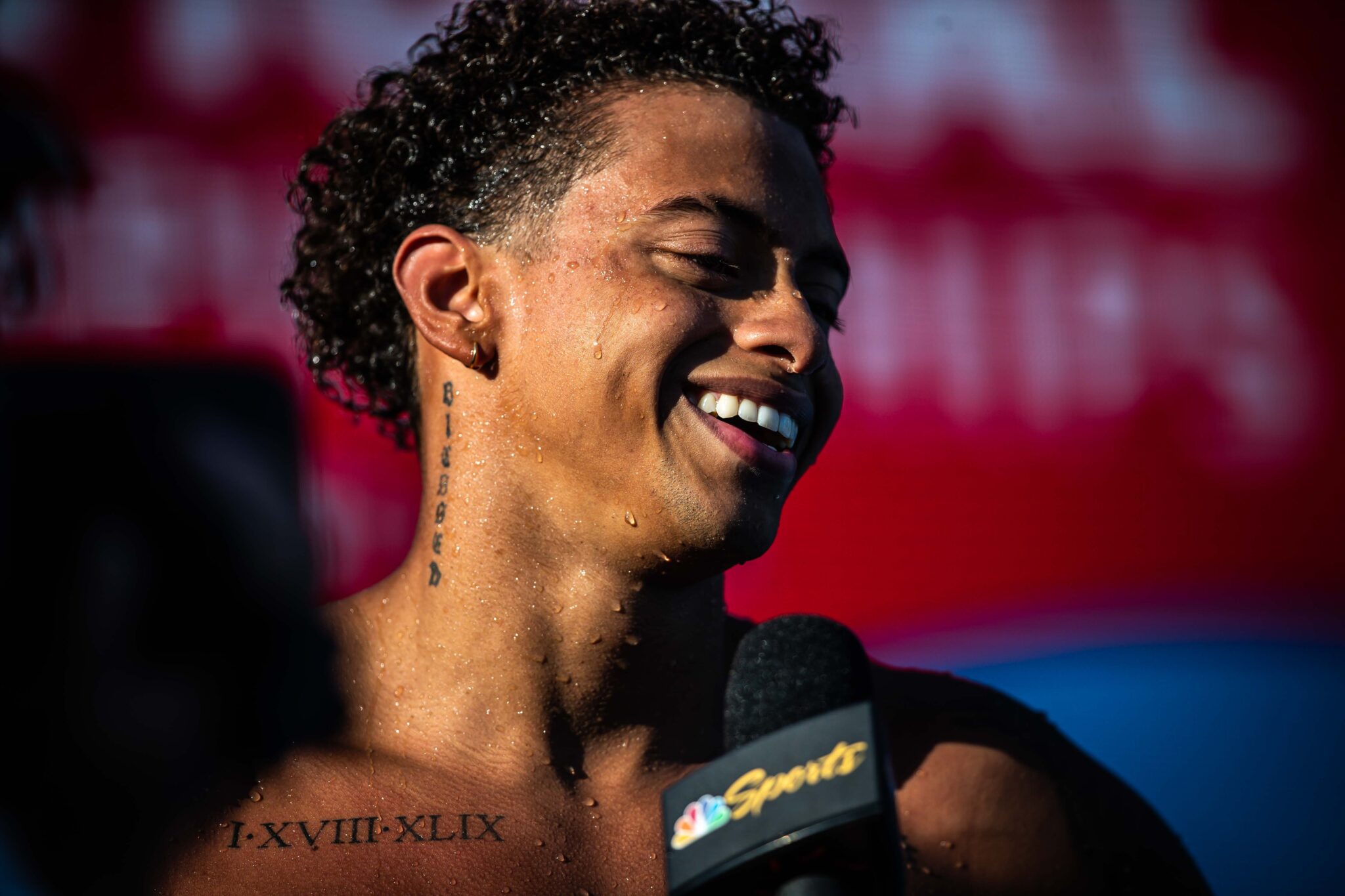 The swimming duel in the pool is more of an All-Star weekend than a European Cup final, and I loved it

When the pool portion of Duel in the Pool 2022 began Saturday morning, my instinctive response was the familiar moans from the days of the International Swimming League. A poorly publicized event with lots of rules, scores changing on the fly with no announcement, and rosters that arrived at the meet different than the organizers proclaimed.

But as the session unfolded, I found myself with a totally different emotion from ISL: pleasure and excitement to see what chaos was to come next.

What I realized was that I was looking at the encounter the wrong way, because it’s not Duel in your slightly older cousin’s pool.

While the original Duel in the Pool was a fierce, hyper-competitive battle for world swimming supremacy that sports stars wouldn’t dare miss, this encounter is different. The old duel in the pool was like the European Cup final; this new iteration is more akin to Major League Baseball’s or NBA’s All-Star Weekend. And I think that’s a niche worth filling in sports.

Do all the top players show up for the home run derby or slam dunk contest every year? No way. But it’s an opportunity for young players to make a name for themselves, and the events always attract huge TV audiences.

As the ISL attempts to reinvent the sport of swimming, this year’s version of Duel in the Pool is something different. The word “carnival” keeps coming to mind, just some kind of wild spectacle that makes your head spin left and right, with wrinkles appearing unexpectedly and throwing chaos into the mix. Only the most hardcore baseball fans enter the Home Run Derby or the All-Star Game understanding all the new rules that were added or changed every year, and this was very similar (where even hardcore fans weren’t kept abreast of all the nuance of the rules).

And the day was chaotic. If you tried to follow it like you would any other swimming competition, you would be completely lost. But if you just sink into your chair and force yourself to start with a smile, it was actually quite enjoyable.

That doesn’t mean the format doesn’t need work. I think it could be marketed and promoted a bit more clearly, and I think some gimmicks worked better than others. I also wouldn’t suggest that this Duel in the Pool format is a fitting replacement for anything resembling the swimming we all know in love.

But it’s a collection of “I wonder what if” races and the kind of training decisions that sports fans love to question but rarely get to swim. The timing is also perfect – at the end of probably the most stressful and unusual 12-month periods in modern sports history, it’s a light matter that gives no athlete the time or really the opportunity to focus on the “stress” of the race. And frankly, there were still some great runs, enough to hold the interest of the “get off my lawn” types who tune in just to see 50 points in the 100 butterfly.

I have no idea what’s going to happen tomorrow in Sydney, but I know I’ll be waking up at 5am to watch.

2022-08-20
Previous Post: A first: A nod to swimming in Sukhna, for the pvt triathlon event: The Tribune India
Next Post: Hall of Fame swimming coach Dick Jochums dies at 81