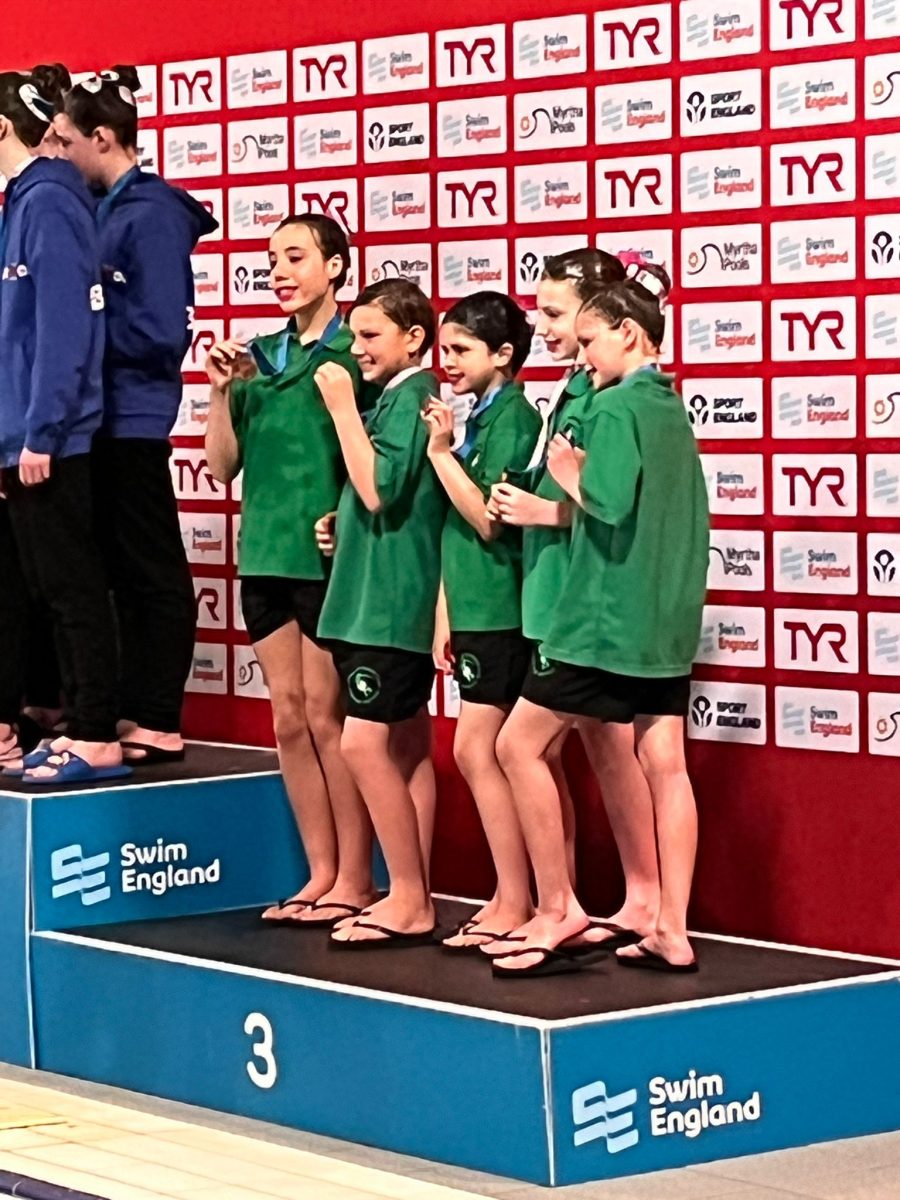 Rugby came away with one gold, one silver and two bronze in the two-day event which saw 22 clubs from across the UK compete with five events in each of two groups of ‘age.

Keva Ennis and Aaron Lee won gold with a strong performance in the mixed duet on day two after Ennis won silver the day before in the under-10 category in the individual tricks event.

And Kitty Tyers and Lola Huett won bronze in the 12 and under duet after a great technical performance to end the first day in style for the club.

Rugby’s medal haul ended with a bronze medal in the 12 and under team freestyle event after a smooth and confident swim as rugby’s 13-15 age group missed out on a medal by 0.7 points.

Head Coach Hannah Secher said, “It was a great meet for everyone involved, with the first national qualification for five of our swimmers.

“A close and exciting competition, with Rugby showing they continue to be competitive across all age groups domestically.”

Lola delivered a fine under-12 solo with the second highest score for her routine and came sixth overall, boosted by Rugby’s visible and loud presence by the pool.

And in the 13-15 duos, Tilly John and India Townsend came eighth with an excellent combined score against extremely tough competition.

At the end of the weekend, Rugby was praised for its behavior towards others, its fun support by the pool and its interactions with each other by the organizers and the press.

All competitors and supporters were treated to a live presentation from GB Tech Duet, Tech Solo and Tech Team on day one in an exciting and inspiring opportunity for young athletes to watch swimmers of the highest caliber.

The Rugby swimmers were then able to meet and get signings from Kate Shortman and Izzy Thorpe, both Team GB Olympians.