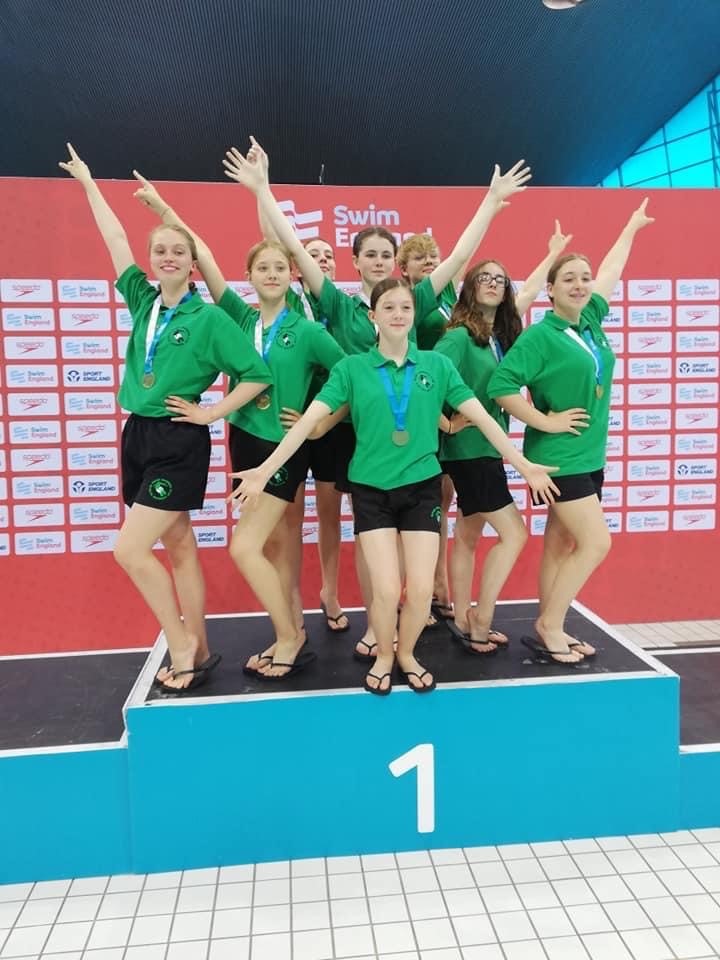 The Combo Cup offers swimmers the opportunity to participate in a national event for the first volume and return to the water after a two-year absence due to Covid.

The routine featured different tempos and difficult trick formations and was smoothly executed in an energetic, fun and precise manner as the team finished two points clear of silver-winning Bristol City.

The Division 2 Rugby 15-18 team 2 also won gold with their own retro 80s theme scoring 66.6000 as they produced a thrillingly dramatic and unique routine for the biggest spectator delight to finish 1.8667 points clear of second-placed Salford.

After the 13-15 Division Two success, Division One Rugby “Team Aladdin” missed out on a bronze medal by just 0.1334 points in a fiercely competitive class.

The next team in the pool was the 12 and under Division 1 rugby team who performed their American theme music with their energetic display, achieving a healthy score for a rookie team.

And ahead of the 15-18 rugby gold medal, Team 1 put in an excellent performance to score 58.8667 points, also in Division Two, with a fearless and spirited display.

Rugby finished just two points behind the winners’ tally with the Combo Cup awarded to the team with the most combined points across all events.

This meant the club handed the cup over to City side Salford after winning the event in 2021 when it was held virtually due to the ongoing pandemic.

Head Coach Hannah Secher said, “Fantastic competition and a fantastic way to end our competitive season. I’m really happy for everyone who competed and represented the club so wonderfully!