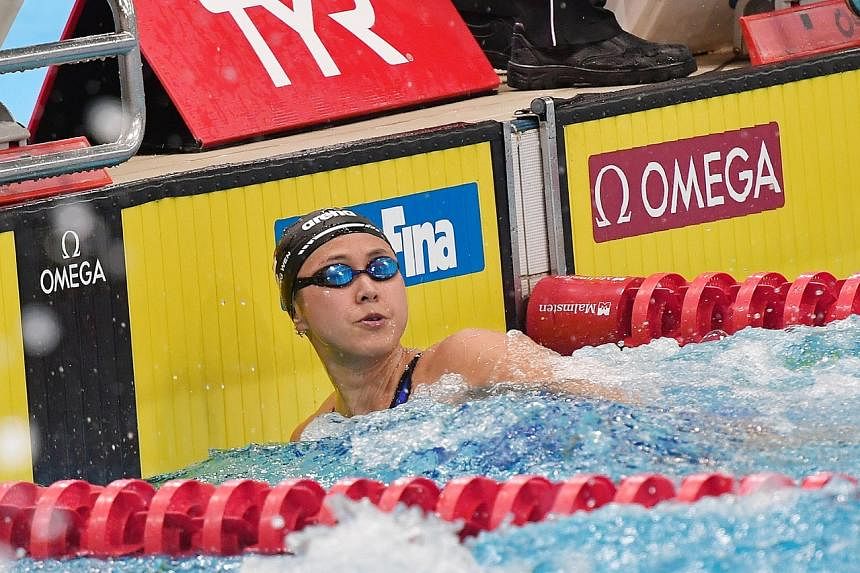 Swimming: Quah Ting Wen aims for the national record in the 50m flight at the Commonwealth Games

SINGAPORE – With several of her teammates competing at the Fina World Championships in Budapest last week, Quah Ting Wen opted to stay in Singapore as she had a bigger goal: the Commonwealth Games from July 28 to August 8.

The 29-year-old opted to forgo her seventh appearance at the world meet to compete in the Singapore Swimming National Championships (SNSC) from June 23-26, winning five of the six individual events and all three relays in which she swam. .

For her accomplishments, Quah and national teammate Darren Chua were named the women’s and men’s most valuable swimmer, respectively, as the SNSC came to an end on Sunday.

Quah told the Straits Times that competing in the local meet has given her more racing opportunities as she can compete in more events to train and perfect certain technical aspects of her strokes.

At the SEA Games in Hanoi last month, Quah won four gold medals but was unable to retain her titles in the 50m and 100m butterfly.

She said: “We had a decent performance in Hanoi, but there were little things that didn’t click for me at the right time.

“I wanted to use this competition to take more risks, like changing my dive or trying different running strategies. I’m very happy with my performance here.”

The previous edition on the Gold Coast in 2018, Quah finished in the top 16 in all three events – the 50m freestyle, 50m butterfly and 100m freestyle.

At SNSC, Quah – who did not shrink for the competition – hit the wall in 27.87sec in the 50m butterfly and 25.65sec in the 50m freestyle, winning both events. Elite swimmers typically taper off – reduce their swimming volume and intensity – leading to significant competition in order to rest their body and mind to swim fast.

Midway through the race, Quah also enjoyed interacting with her juniors and soaking up the atmosphere at the OCBC Aquatic Center. She added, “Other than Hanoi, this is the most fun competition I’ve had in a while.

“What I took away from this competition is that I swim better when I’m more relaxed and I have to stop being so reserved, especially in big competitions where I feel I have to play it safe because I do it so regularly.

“But then (it means) your results also stay consistent. So I know if I want to go under 25 seconds for the 50m freestyle or improve for the 100m butterfly, I have to push the limits.”

Singapore Swimming Association technical director Sonya Porter said the aim for the 11 Republic representatives in Birmingham was to repeat or improve on their performances at the SEA Games and world championships.

Highlighting Teong Tzen Wei, who was the third male swimmer to reach a world championship final, and Quah’s sister Jing Wen, Porter said, “(Teong) has a good chance to mix it all up at the Commonwealth Games. Jing Wen makes the semis the finals are also a big deal We have the relays…and these guys are looking to step up.

“We’re in an interesting place…learning to come back to those environments (post-pandemic) and have the courage and the confidence in themselves. We’re seeing that come to fruition much stronger than before in 2019.”

On the final day of the SNSC, the women’s 4x100m medley relay team of Faith Khoo, Christie Chue, Nur Marina Chan and Chan Zi Yi of the Chinese Swimming Club broke the meet record of 4min 18.79sec after a time of 4:10.96 en route to the gold medal.