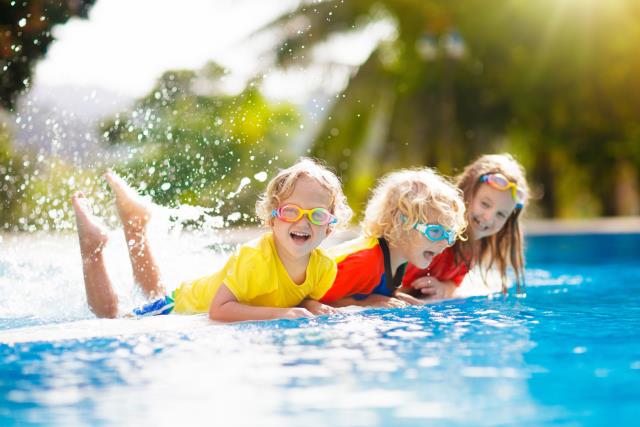 Sunbury resident Mel O’Neill is leading the fight to get more children access to swimming lessons at the local council-run aquatics center but fears her work is futile.

In April, it was revealed that wait times for swimming lessons in the borough were skyrocketing, following questions from Ms O’Neill to Hume council.

At the time, if a child under the age of three was put on the Sunbury Aquatics and Recreation Center waiting list, they would be 114th in line.

A general point was then raised asking officers to report on what could be done to expedite a reduction in the waiting list.

When Ms O’Neill heard the report was complete, she asked for visibility – but said she had been refused.

She said she was told while there were changes that could be made to other Hume aquatic centers to accommodate waiting lists, “not much could be done” for Sunbury.

“I felt a little deflated. I felt a bit left out,” she said.

Since Star Weekly first reported the waiting lists have grown by about 2,000 children across the municipality, but wait times have not increased.

Hume Mayor Carly Moore said the council is doing all it can to reduce waiting times, including hiring more than 50 new swimming instructors and launching the internship program to allow centers to accommodate 600 additional students.

“We are also hosting off-site safety sessions at local schools to ensure water safety and education for students currently on our waitlists,” she said.

The Council is studying the installation of a removable platform floor in the Olympic swimming pool at Splash Aqua Park and Leisure Center in Craigieburn. If adopted, he could accommodate 1,300 more children in his swimming programs.

Although Ms O’Neill is aware that there may not be an easy solution in Sunbury, she believes the problem still needs to be resolved quickly.

“My 10-month-old has been on the waiting list since birth,” Ms O’Neill said.

“Sunbury is surrounded by water, I know we are not near the beach, but we have creeks everywhere.

“It’s so important, we have Spavin Lake, we have Jacksons Creek, we have the Nook.

“I have two young children who love to explore and play… It’s important to educate them and make sure they can look after themselves.