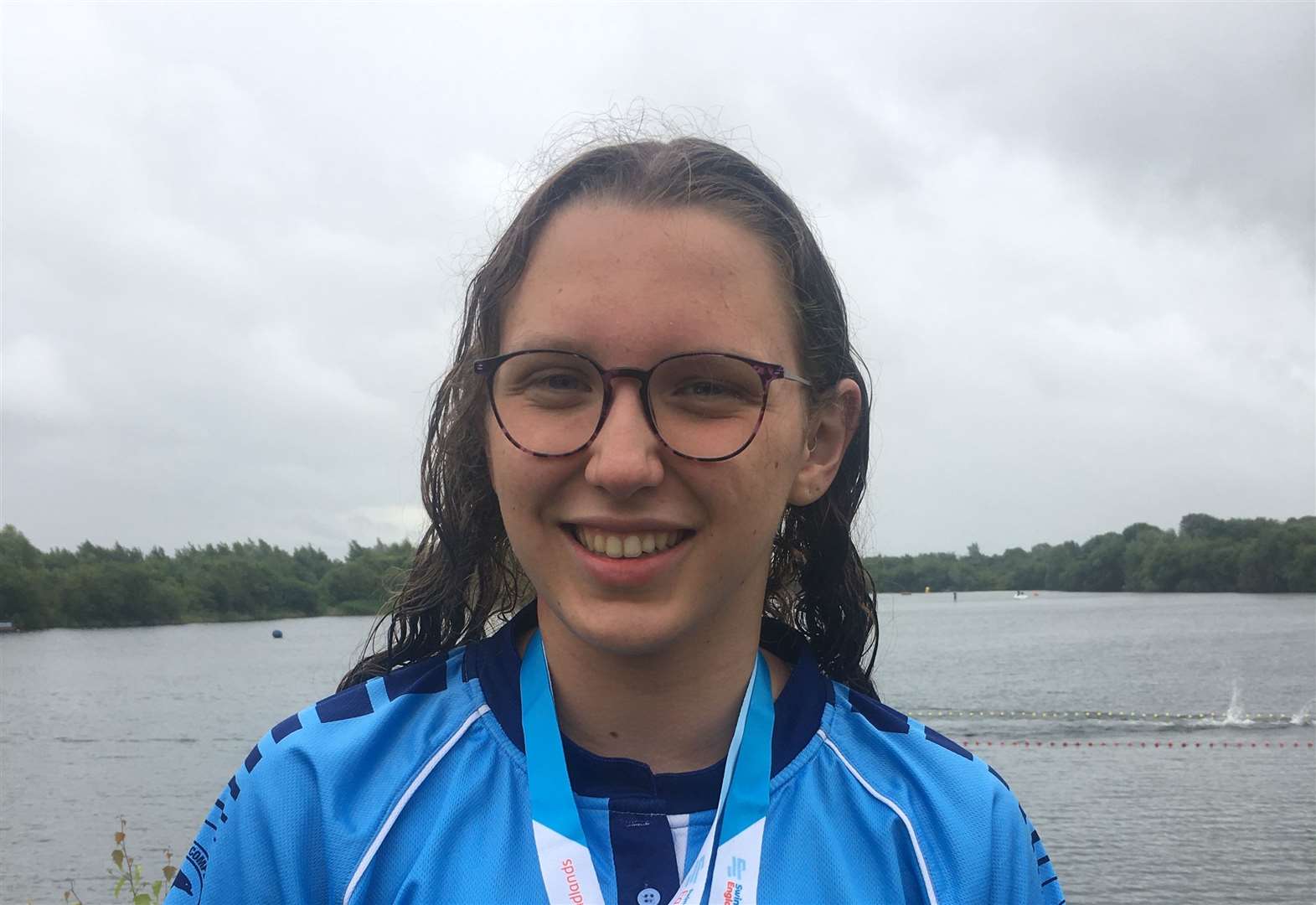 The open water season has started for South Lincs swimmers with a number of big successes for the club.

Mollie Briggs got off to a great start at the UK Trials held in Llandegfedd, Wales.

The event featured a great distance swim as Mollie competed in the 7.5km race for 17/18 year old girls.

It also served as the selection event for British swimming for a number of European Cup competitions scheduled for the coming months.

Mollie put in an excellent performance in her race against a very tough field of swimmers and crossed the finish line in eighth place in her age group – about 20 minutes faster than she had completed the course last week. last year.

A team of five swimmers from South Lincs headed to Cirencester for the Regional Open Water Championships.

It was a combined event, with swimmers from three regions including East Midlands, West Midlands and South West taking part.

Despite the wet conditions, morale was high among the South Lincs swimmers and there were some great results.

Mollie Briggs and Luke Blanchard both competed in the 5k event, Mollie in the girls 17/18 and Luke in the men 18-24.

Mollie worked hard in training and is building to impressive form, and did not disappoint in her run.

In a very strong swim, Mollie completed the course in one hour, seven minutes and 46 seconds to win gold for the East Midlands region and silver for the combined Midlands region.

Luke took on a strong field of swimmers and completed the course in one hour, six minutes and 52 seconds to win the gold medal for the East Midlands region and the combined Midlands region.

At the age of 21, it was Luke’s first open water event and his first regional medal.

All three swimmers were competing in their first major open water race and undertook some preparation in Tallington Lakes in preparation for the event.

Matteo had a very solid race, despite struggling with the mass start and a slow opening.

He quickly found his rhythm and completed the course in 29 minutes and 12.00 seconds to win gold in both the East Midlands region and the combined Midlands region.

Frank, who has never been a fan of long distance swimming, pulled out all the stops to trail Matteo across the finish line in 29 minutes 49.40 seconds and win the silver medal for the East Midlands region and the combined Midlands region.

Emily is making great strides in swimming and in the past six months has achieved her first county and region qualifying times.

Her hard work in training paid off as she completed the course in 34 minutes 43.55 seconds and won the silver medal in the East Midlands region.

Not only did the swimmers collect a total of nine medals for their performances, but there was an added bonus for four of them.

The top three swimmers from each region of the country automatically qualify for the National Open Water Championships, which take place Aug. 10 at Thrybergh Park.

This meant that Mollie Briggs, Matteo Monaco, Frank Lamb and Emily Briggs all qualified for national championships in their age groups.

Head Coach Keith Haynes said: “I was delighted with these fantastic results in the open water events.

“All the swimmers deserved their ranking because they did a great job training.

“I’m delighted to also have three more national qualifiers for the club and can’t wait for them to race in August.”

2022-07-14
Previous Post: USA Swimming announces 2023 schedule, with stop at ISHOF pool
Next Post: Hikes in Vermont with a lake or stream to swim in