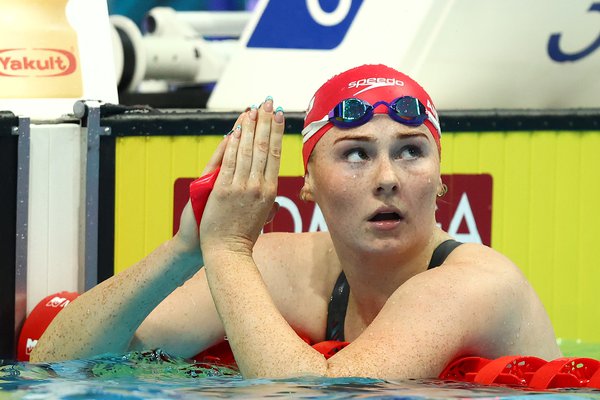 After a successful Commonwealth Games for many of the British team, the Europeans started in the men’s 50m butterfly, with Jacob Peters missing out on the semis as he finished 26th. Ben Proud – 2017 world champion in the event – is only focused on the treble of 50m freestyle titles in two months here and has therefore not contested the butterfly event.

The women’s 100m freestyle heats saw the progression of Freya Anderson and Lucy Hope, with the pair swimming well in separate heats to advance to the semi-finals of the event this afternoon in sixth and 12th respectively.

Brodie Williams was next, fresh off a two-time gold medal streak in Birmingham in the men’s 200m backstroke and men’s 4x100m medley relay. Here, in the men’s 400m individual medley heats, he placed 11th overall, putting him just outside the final places by less than a second.

Katie Shanahan, 18, continued her great summer as she comfortably progressed to the semi-finals of the women’s 200m backstroke, qualifying in fourth place after a well-paced heats effort.

Speaking after her performance, Shanahan was happy with her race and optimistic about the rest of the competition.

“I’m really happy about that. I was a little tired this morning so I wasn’t sure how it was going to be but I’m glad I got through the first race – hopefully I can build on that tonight in the semis and make the finale tomorrow night,” she said.

“Last year at the European Junior Championships in this pool, it was not nearly as decorated as this one, but it’s so good to come back here. I did very well here last year, so hopefully I can do the same this year.

The men’s 100m breaststroke followed the women’s 100m freestyle in seeing two Britons qualify, as James Wilby and Gregory Butler qualified for the semi-finals. In what was a tight field, Wilby – the new Commonwealth champion at this distance – managed to stay in the mix to finish seventh, followed by Butler in touching 16th. Both will be ranked higher due to the two-per-nation rule in the semi-finals.

The relays ended in the morning for Great Britain, with the women’s 4x200m freestyle heats which saw Freya Colbert, Lucy Hope, Tamryn van Selm and Holly Hibbott see GB seventh fastest in the medal showpiece. The men’s team in the same event, consisting of Cameron Kurle, Ed Mildred, Kieran Bird and Jacob Whittle, also managed to advance to the final, overcoming a close challenge from the Bulgarians to take the final qualifying spot in eighth, thanks in part to a strong third stage effort of Bird’s 400m and 800m man.

For full results from the opening rounds, click here.