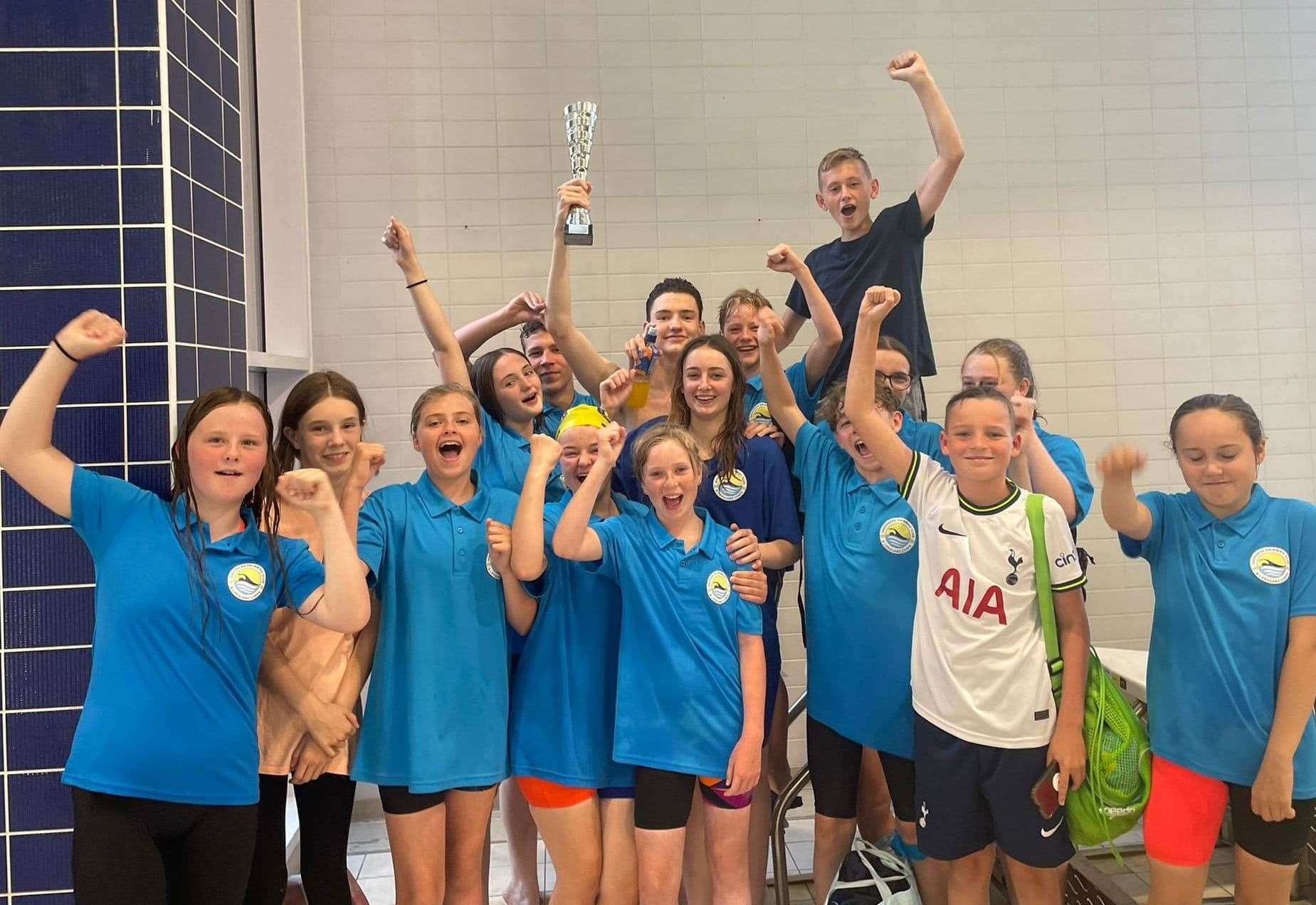 Sheerness Swimming Club and Lifeguard Corps cause a stir after clinching first place in the Octopus League.

Spokeswoman Zoe Swarbrick said: “This is the first time we have topped the league in club history.”

The league is based at Beckenham Spa and most teams come from south London. Sheerness has only been in the league for four years and has made steady progress, finishing sixth the first year, then fifth, fourth and now first.

Swarbrick added: “Thirty of our swimmers aged 9 to 18 took part in the five galas.

“Many had never competed in swimming competitions before as pools were not allowed to be open to the public for 18 months due to Covid-19 pandemic restrictions.”

The club, which is based at Sheerness Pool and offers swimming lessons and training for all age groups from five to adults, will now bid for the League Cup on September 17.