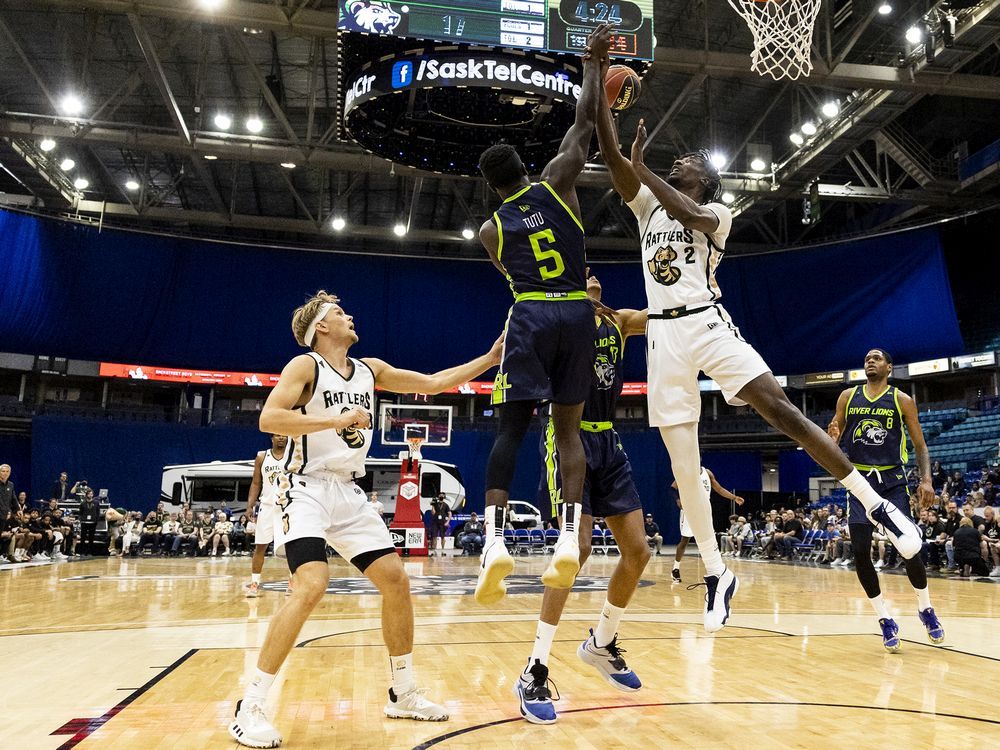 Yes, even in basketball it can be sinking or swimming.

With a 2-2 record, the Saskatchewan Rattlers are looking to keep their heads above water as they travel to Ontario for two games.

That is, they want to be on the right side of the win-lose column.

It’s a short season in the Canadian Elite Basketball League and the last thing the Rattlers want is to drown in a sea of ​​losses. They prefer to swim laps around the competition.

“It’s funny you use that (swimming) analogy because I do it all the time,” said Rattlers head coach Dean Demopoulos, whose team is in Hamilton on Friday to take on the Honey Badgers ( 4-1) before traveling to St. Catharines to meet the Niagara River Lions (3-2) in a pair of tough matchups.

“We are at sea level right now. We are not dead; we are still breathing. We are dog paddling, I guess.

There is a long way to go in a short time.

“It’s quite interesting,” added Demopoulos. “It’s a sprint and all the games are really important, but, at the same time, you have to realize that we’ve only finished a fifth in our season – there are four fifths left and hopefully we’ll do better in four-fifths than we did in the first.

Demopoulos and his coaching staff – in their first year with a new squad with just three returning players – are looking for continuous improvement.

“I would like to see them play together more, both in attack and defense, and do the things you need to do to play together,” Demopoulos said. “Scout, choose, pass and speak in defense. These are things that connect you as a team. We need to do a better job of that.

“Road or house? I don’t see too much difference,” said Demopoulos, whose next home game is Wednesday (7:30 p.m.) against the Scarborough Shooting Stars at the SaskTel Centre. “Actually, I like the road as a coach. You can be with your guys. You’re like a traveling circus. You set up a tent, do whatever you want and head to the next venue.

This week, the Rattlers added Canadian guard Michael Nuga from the Runnin’ Rebels program at the University of Nevada-Las Vegas.

Nuga, at 6-foot-2 and 180 pounds, brings instant energy to the Rattlers.

“He’s a Canadian kid with a lot of juice,” Demopoulos said. “He is coming off an injury and we will see how he does.

“Wonderful young man. He came here wide-eyed and ready, loaded for the bear as they say here. He comes with a tremendous amount of energy, and this band could use some energy.

Nuga was born in Nigeria but grew up in Toronto, Ontario. He started 23 of his 31 games for UNLV last season. He had 17 steals, 30 assists and 94 rebounds while averaging 6.1 points per game.

“I’m just going to bring energy, support, a lot of defensive stuff, a lot of attack stuff in terms of pushing the ball in transition and doing open jumps, creating for everybody – whatever he takes to win,” said Nuga who was listed as one of the top 100 transfers by ESPN when he transferred from Kent State to UNLV.

Nuga promises a “bit of everything”.

“Defending, holding the ball, shooting, creating. Whatever is necessary, I can do.

His first impression of the Rattlers and Saskatoon is, in his words, “fantastic.”

“The guys are actually really cool; the coaches are cool. I’ve only been here (a few days) so I’m really trying to figure out my day-to-day schedule, but it’s been amazing.

“It’s a pretty good group. The chemistry is actually better than I thought. Everyone seems pretty close, even hanging out after practice. It’s cool to be included in that.

News seems to be flying towards us faster all the time. From COVID-19 updates to politics and crime and everything in between, it can be hard to keep up. With this in mind, the Saskatoon StarPhoenix has created a Afternoon titles newsletter that can be sent to your inbox daily to ensure you are up to date with the most vital news of the day. Click here to subscribe.

We deliver the local news you need in these turbulent times on weekdays at 3 p.m.

Thank you for your registration!

A welcome email is on the way. If you don’t see it, please check your spam folder.

The next issue of Saskatoon StarPhoenix Afternoon Headlines will soon be in your inbox.

We encountered a problem during your registration. Try Again