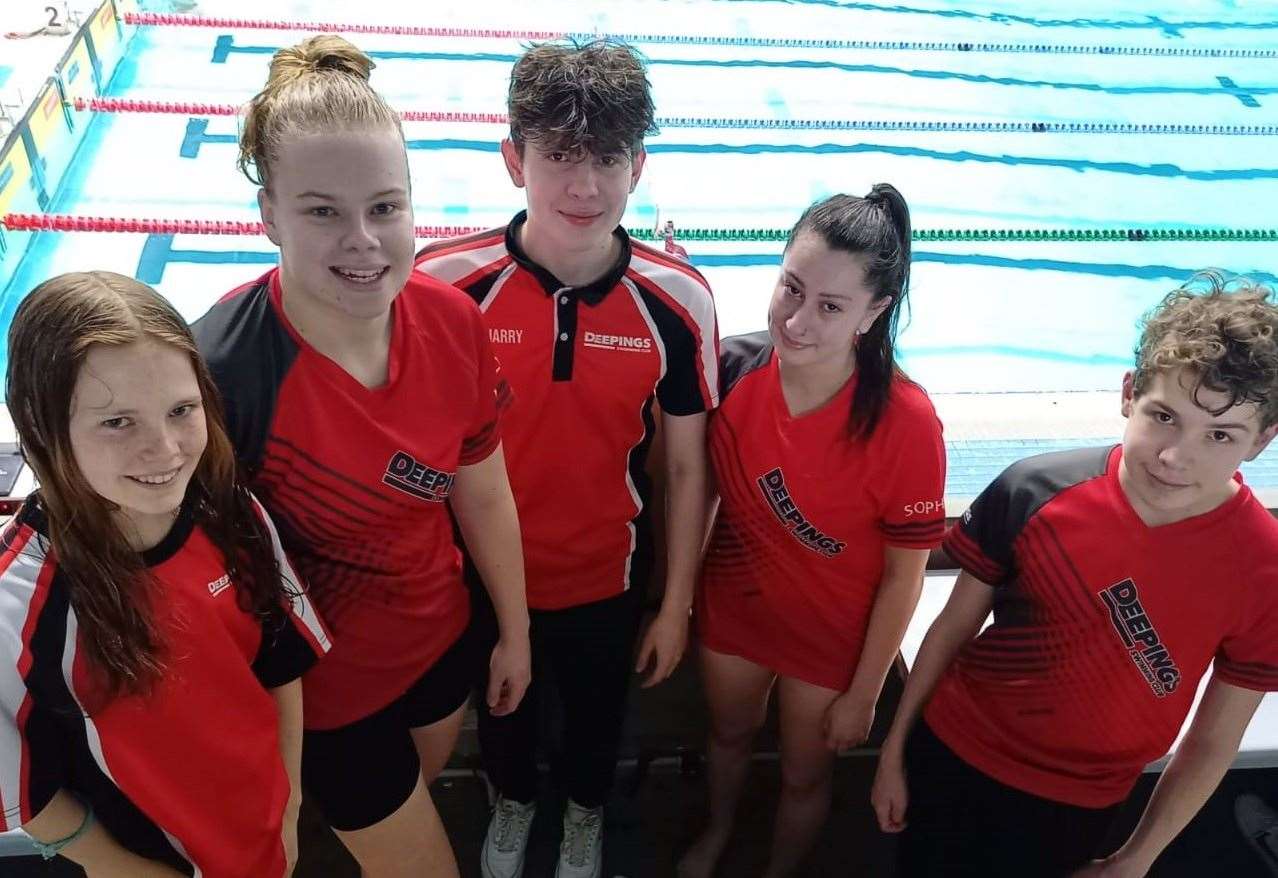 Round-up of the latest action from the Deepings Swimming Club

The team acquitted themselves well, using the many hours of hard work in the Stamford Endowed Schools training pool to achieve several personal bests.

Both Holly and Harry competed in three events in the 17+ age group, each swimming a personal best in the 50m butterfly.

Holly dropped nearly a second and a half from her previous best to clock 31.54 and finished 33rd out of 49 swimmers while Harry shaved off half a second to pass 28.51 for 52nd out of 61.

The top placing was achieved by Jacob in the 14-year-old age group 50m breaststroke, his solo swim, where he finished 17th in a new long course best time of 37.59.

While the performance team was in Sheffield, the club’s young swimmers competed for medals at the annual Tulip Open Meet hosted by South Lincs in Spalding.

They were joined for part of the event by Jacob Briers, who prepared for the regional championships by winning three gold and three silver medals in his six Tulip races, swimming five short course personal bests ( 25 meters) in the process.

His victories came in the 50m breaststroke, where he swam a personal best to set a new Tulip meet record for 13-year-old boys at 36.28, as well as the 50m and 100m backstroke. Jacob also took silver in the 100m freestyle and the 50m and 100m butterfly.

Ashton Hunter, nine, won all six of his events, with standout performances including the 200m butterfly, where he swam an incredible personal best 37 seconds at 3:36.63, and the 200m individual medley, where he knocked 23 seconds off his previous best to touch home in 2:23.66.

He wasn’t the only nine-year-old Deepings in spectacular form.

Oliver Clarke won four gold medals in the 50m and 100m breaststroke, 50m freestyle and 100m butterfly (with a whopping personal best of 28 seconds, at 2:02.47). Oliver added silver in the 50 butterfly and bronze in the 100 freestyle.

Golden performances continued as Lewis Tarver touched home first in the 13-year-old 200m backstroke (with a personal best 10 seconds of 2:45.01) and 100m breaststroke, while he also won silver in the 200m breaststroke and a pair of bronzes in the 50m. breaststroke and 200m freestyle (with a 19-second PB of 2:37.68).

However, the medals didn’t stop there as Eydee Chilvers won silver in the 50m freestyle and 50m backstroke aged 11, as well as bronze in the 100m freestyle, all with some great new personal bests. .

The outstanding performances saw the boys finish third out of seven teams, while the girls came sixth out of eight.