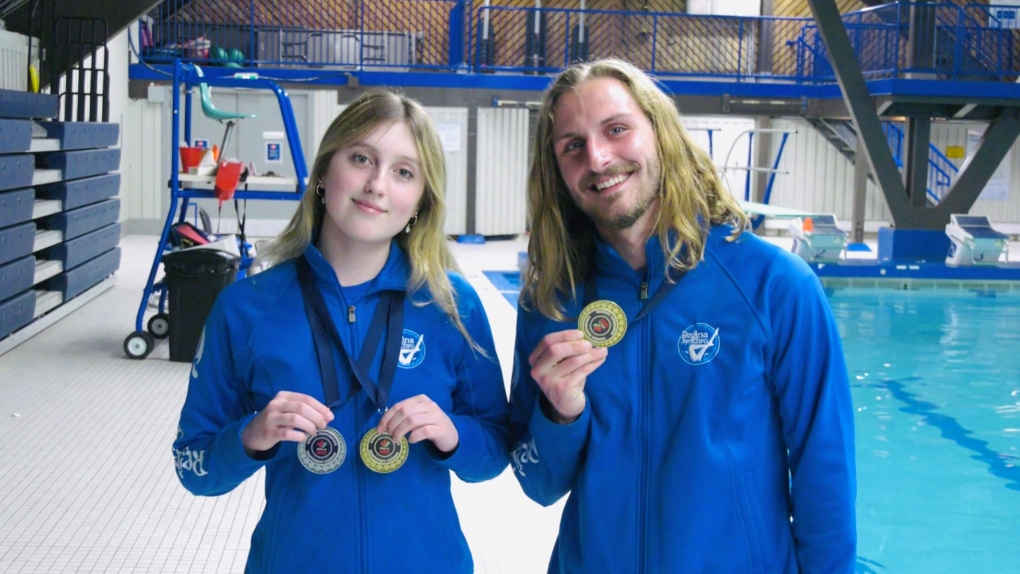 The Regina Synchronized Swimming Club won a gold and a silver medal at the 2022 Canadian Championships in Quebec.

Jacob Korpan and Bronte Cawkwell were the first pair from the province to compete in the senior mixed pair category.

“I had never seen one. (A duet) So when I had the opportunity to swim one, I took it,” Cawkell said.

The duo had only trained together since February but won a gold medal for their performance.

“We managed to put together our six figures, which is the level they want mixed doubles to reach before they can compete in the national championships,” Korpan said.

Synchronized swimming has been an Olympic sport since 1984 and includes team and duet events. But it is the only sport with rhythmic gymnastics that is exclusively female.

The Mixed Pair category was added to the World Championships in 2015 and could soon find a place at the Olympics.

“They’re looking at adding it to the 2028 Olympics. So that’s one of my goals is to work towards that,” Korpan said. “It gives me long-term motivation to have something to do for a while.”

The club received a silver medal in the Senior Team Tech category with a routine they have been working on for some time due to pandemic-related delays.

“We’ve been working really hard on this routine all year and the one we’ve been working on for two years because there were no real competitions last year so I’m glad we got to do it again” , said the silver medalist, Anya Mandziak.

The team will now target their last meeting of the season known as “Synch” in Edmonton. They will compete as Team Saskatchewan alongside Alberta, Ontario and Quebec.