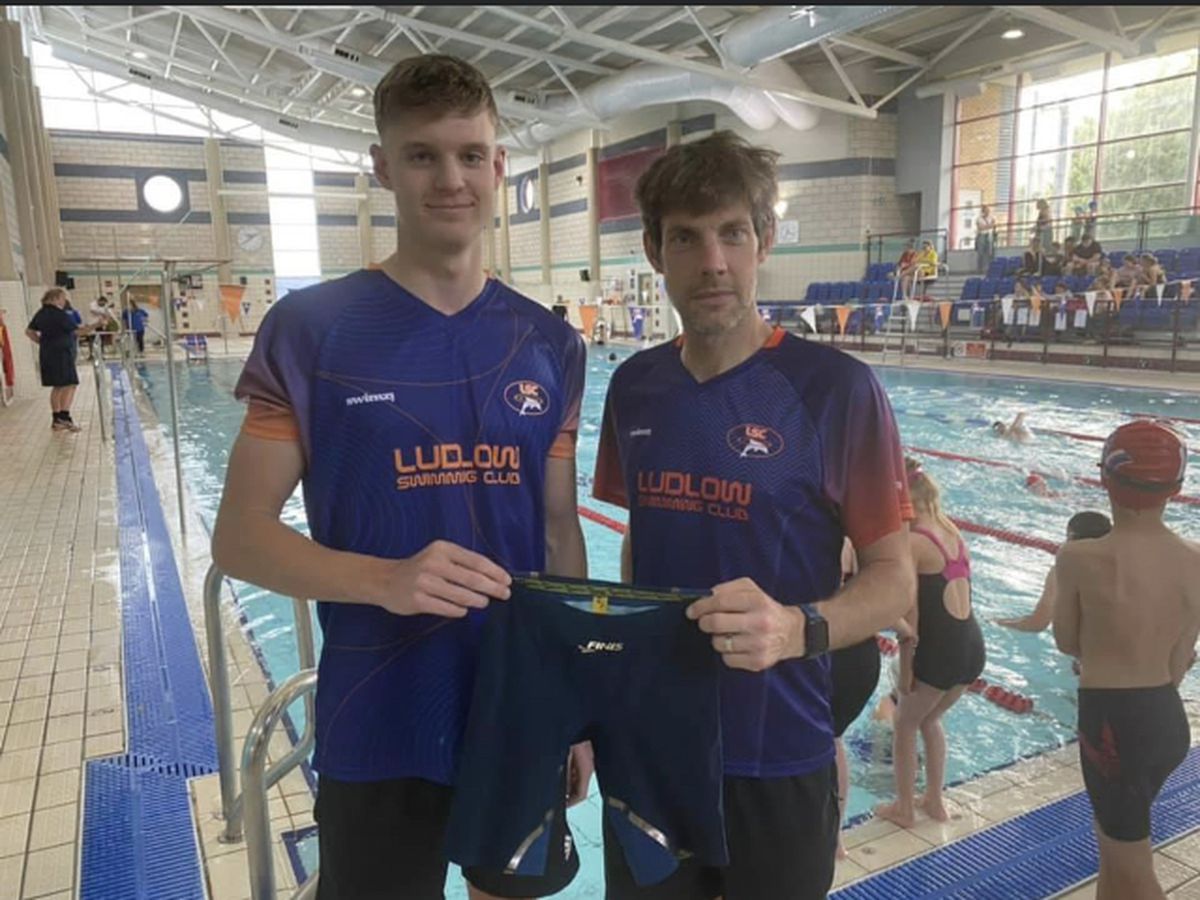 The talented teenager will be back in the pool at the Teme Leisure Center for the club’s open day on Saturday.

Morgan has been a member of the club for over a decade, breaking records and winning national accolades en route to earning a place on Birmingham University’s prestigious swimming team.

This year he broke more than 30 action records for the university and won a gold and a bronze medal at the British University and Colleges Sports Gala.

Nathan Bradford, Ludlow’s head coach, said: “It’s always a pleasure to welcome Ollie back to the pool when he comes home from college.

“The club is immensely proud of him and he inspires the youngsters.

“We hope to welcome new swimmers to our open day who will have the chance to swim alongside Ollie and some of our other senior swimmers who all work hard and produce outstanding performances.

“Ollie is currently the fastest 19-year-old backstroker the UK has ever produced, as an under-18 athlete he was ranked third in Europe. One of our junior members, Henry Lewis , just broke one of Ollie’s U11 records, so Ludlow Swimming Club’s future is solid.

“We hope to generate new interest to help the next generation of South Shropshire swimmers improve their skills.”

The club has lost members during the lockdown and hopes the open house, which takes place between 9am and 10am, will help boost their numbers.

The open day trial is free for swimmers aged eight or older or able to swim independently.

Anyone wishing to return to competitive swimming would be welcome and encouraged to come to the open house.