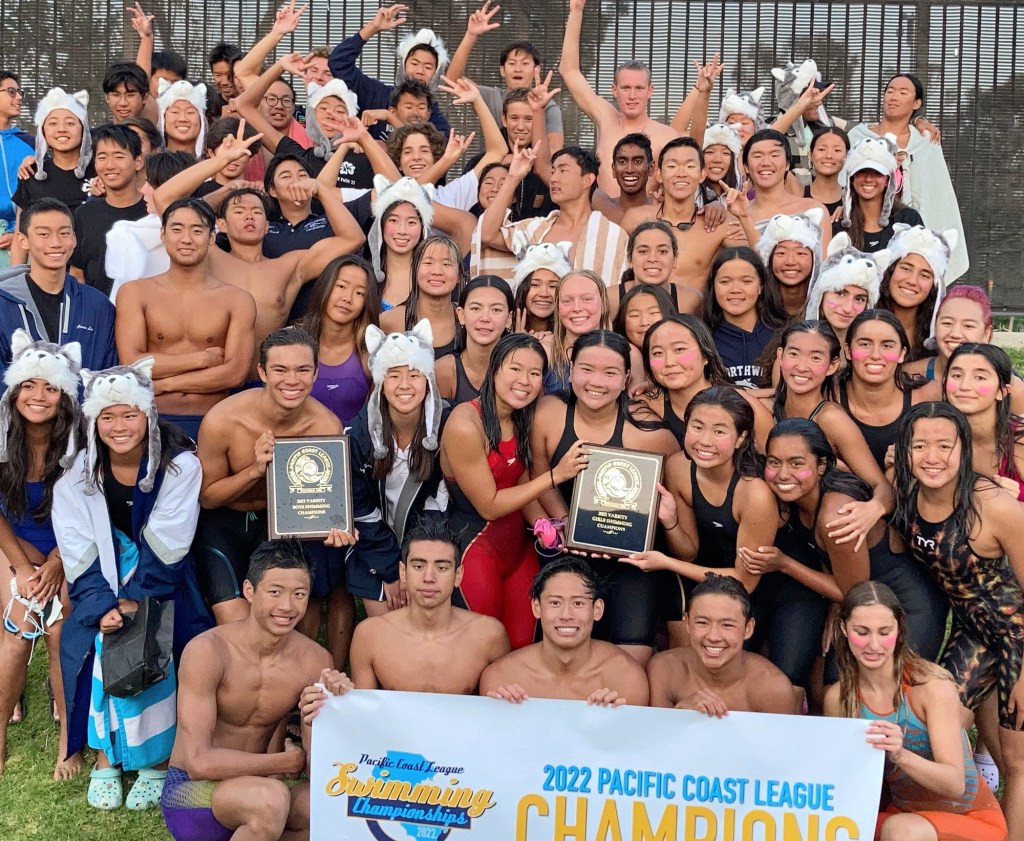 An important American meet in North Carolina this week knocked some of Orange County’s top high school swimmers away from their league championships.

But the International Team Trials didn’t hold all the exciting races.

And by the time the waters calmed, the league boys set three records and the boys and girls of Northwood swept the titles.

The Timberwolves celebrated their first women’s championship and defense of their boys’ crown with a wild victory dive featuring swimmers and coaches Alex Nieto and Shiela Shaikh.

The Northwood girls used their depth to score 547.5 points to outrun defending champion Woodbridge (508) and Portola (477.50). The Timberwolves boys set a meet record in the 200-yard medley relay (1 minute, 32.37 seconds) and received two wins from rookie Derek Hitchens en route to 589 points to sprint past Woodbridge (422) and Portola (379),

The day’s performance came from college senior Matthew Lou, who edged out league record holder Tona Zinn of Laguna Hills in the 100 breaststroke with a meet best of 54.84.

In other league finals:

On the South Coast:

Tesoro senior Anders Aistars presented his freestyle range at El Toro. The Harvard engagement won the 200 freestyle in 1:37.64 and won the 100 freestyle in a meet best 44.53.

In the sea view:

In the Surf League:

In the Crestview league:

The boys and girls of Foothill swept the titles in their home pool while Austin De La O of Villa Park and Haley Newman of Canyon were selected as swimmers in the competition.

In the Freeway League:

Sonora’s Joey Kling won the 100 in 49.91 while the Sunny Hills girls and Troy boys won team titles in Troy.

Fullerton’s Abigail Ekstrom won the Division 3 title with a score of 552.15 at the Marguerite Aquatics Complex to post the second-highest score for all four women’s divisions.