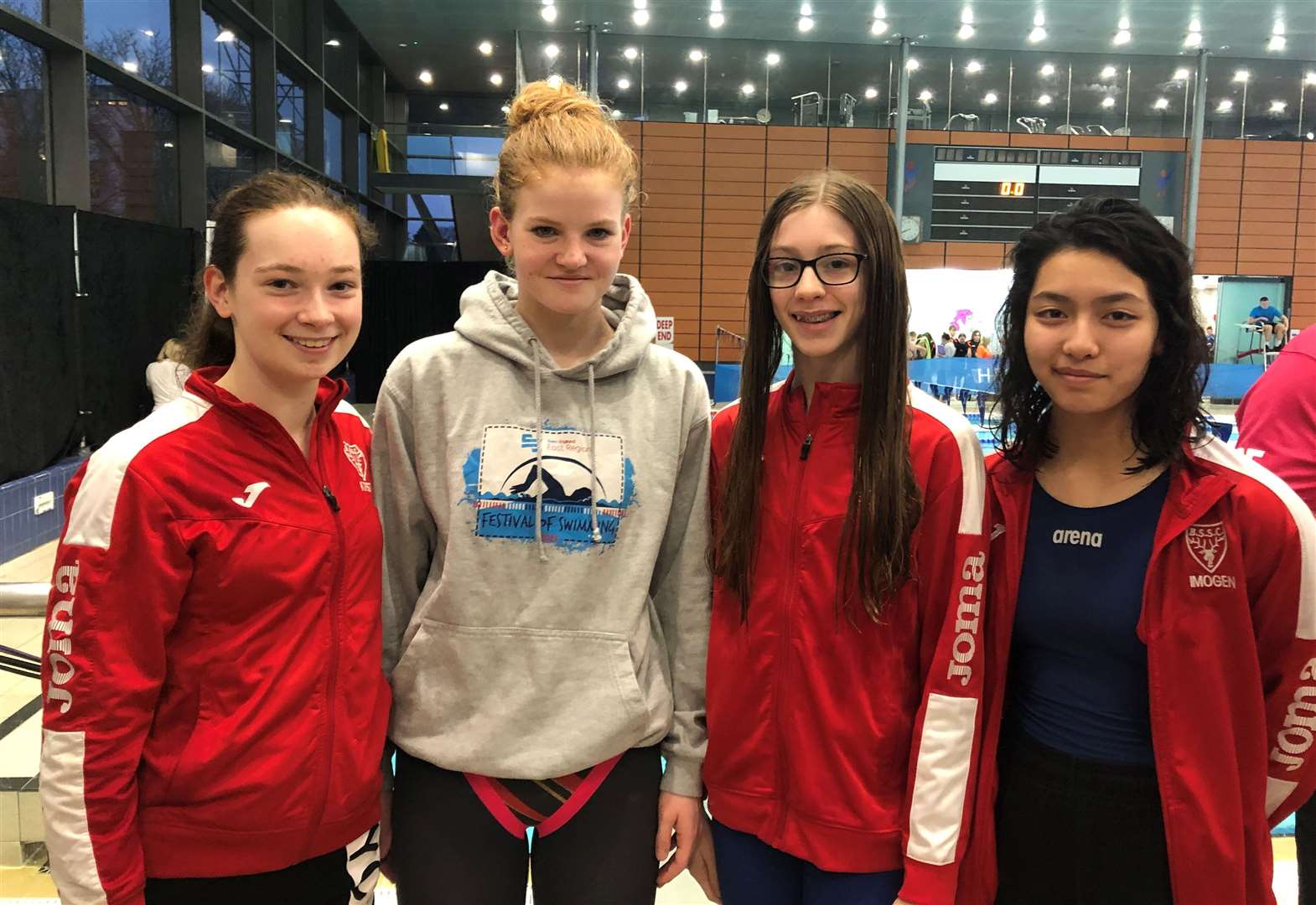 Members of Bishop’s Stortford Swimming Club won nine medals as the relays took center stage in the third and final weekend of the Hertfordshire County Championships.

The loot, which was seven more than in 2020, included one gold, five silver and three bronze.

The 200m freestyle and medley relays were divided into three categories – age group (13 and under), junior championship (15 and under) and championship (10 and over) – with men’s, women’s and mixed in each.

And the Stortford sides, who produced excellent returns and stunning finishes, finished in the top eight of 18 events. The club gold medal was won by Kirsty Neill, Alice Longman, Ella Greatbatch and Imogen Tang in the junior championship women’s freestyle relay.

Once the race was over, Swim England Hertfordshire crowned the top swimmers overall and Greatbatch (14), Neill (15) and Niamh James (18+) took first place for their age group.

Medals from the entire competition were tallied and Stortford finished fourth overall behind top clubs Hatfield, City of St Albans and Potters Bar. Women (all ages) were seeded second, Junior Championship women came first, and both genders came second in the championship standings.

2022-03-25
Previous Post: In boys swimming, the boats indeed rose with the tide
Next Post: 2022 All-Herald Swimmer, First and Second Teams