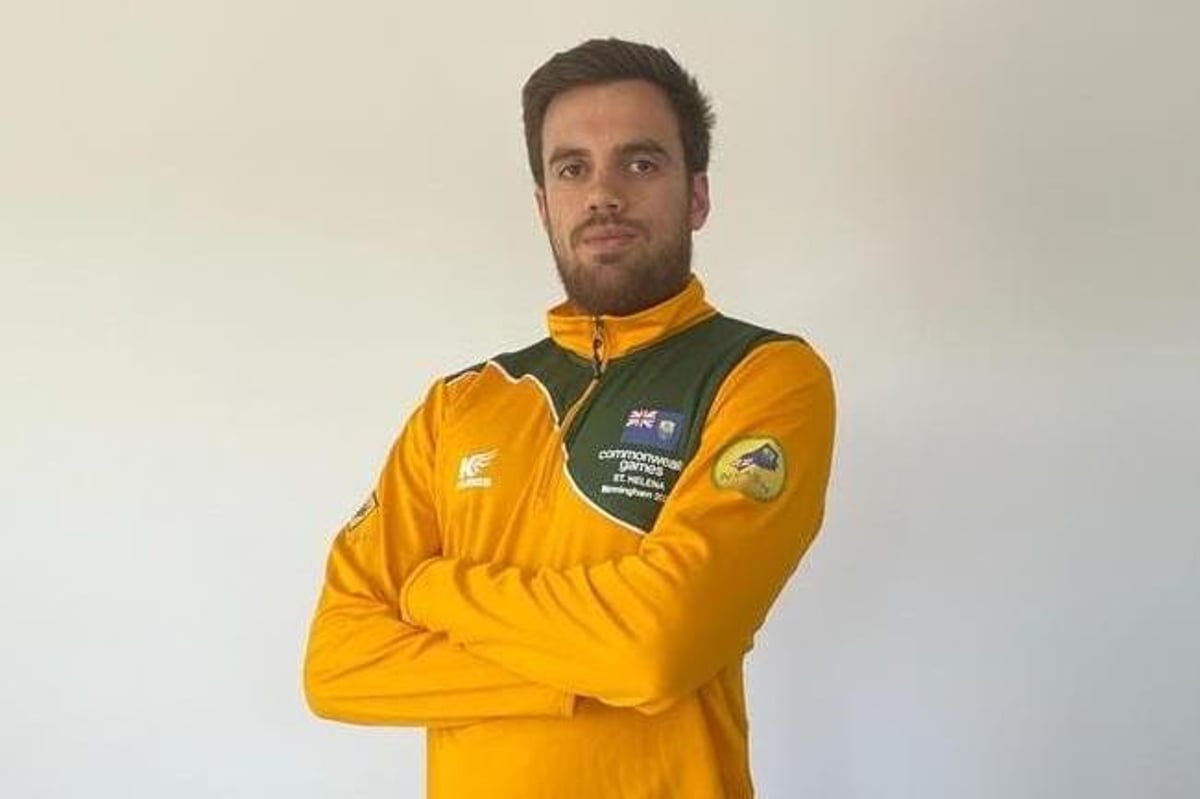 Josh Yon, 25, trains six times a week at Hemel Hempstead Leisure Center and will swim in the 100m and 50m backstroke as well as freestyle and relay races.

Josh, who lives in Luton, is a healthcare professional working for Connect Health.

Josh in his Saint Helena kit.

He’s had the last two weeks off to focus on his training and get some much-needed recovery before swimming competitively.

Swimming has always been a part of her life and family, with her mother competing internationally as a synchronized swimmer and her grandmother also coaching swimmers.

Although he lives in the UK, Josh will represent his father’s native nation of Saint Helena, which he is very proud of.

He said: “It means so right to represent such a small part of the earth, basically. I like to spread the word and spread the information and say that we are here and we are here to compete.

The Birmingham 2022 Commonwealth Games are the swimmer’s second international competition after competing at the Gold Coast Games in 2018.

Hertfordshire Constabulary’s new special constables are joining forces – with a…

He said: “It feels more like home games because my mum is from the UK. It’s different but it will be much nicer because I can bring my family and watch me.

For youngsters who want to follow in his footsteps and swim at an elite level, Josh has some advice.

He said, “You have to put in the hours. It’s not easy to get up at five or four in the morning to go swimming. But those are the kind of commitments you have to make.

With a background in healthcare, Josh encourages children to stay active while swimming, even if they don’t practice it at a high level.

He said, “Enjoying sport and activity is enough. It doesn’t necessarily mean you’ll become the next big name in swimming or whatever sport you play, but being active and doing these things will add so much more to your life than not doing these things.

2022-07-26
Previous Post: 6 reasons why swimming is good for your health
Next Post: Hidden Dangers Widespread in Career Swimming | Journal-news