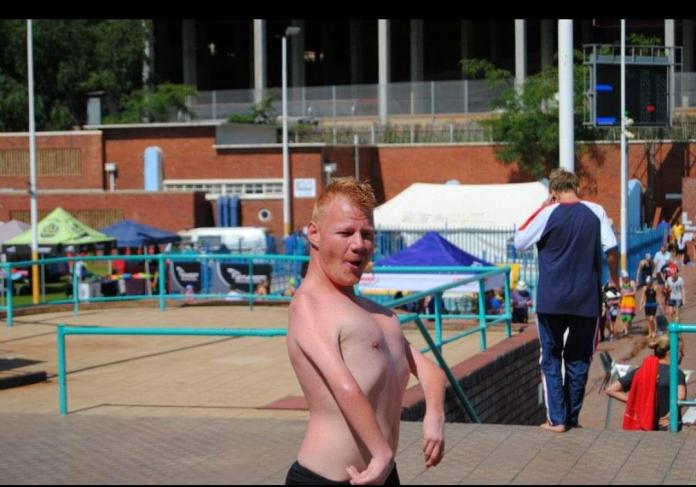 From the pool to the ocean, “Namibian amphibian” Nasilowski swims with a mission

Gideon Nasilowski, the only Namibian swimmer at the Rio 2016 Olympic and Paralympic Games, was looking for a challenge he can’t overcome – just to prove he can do it all.

That’s why he challenged himself to swim more than seven kilometers between Robben Island and Cape Town in South Africa, an extremely difficult and dangerous pursuit for a swimmer classified in the S3 category.

Born with congenital arthrogryposis multiplex, a condition that causes joint contractures, the 36-year-old Namibian failed on his first attempt in November 2021 but believes nothing is impossible.

Nasilowski has a reputation for proving his opponents wrong.

Watching discus thrower Reginald Benade represent Namibia at the Beijing 2008 Paralympic Games while he himself was at a barbecue party was the life-changing moment for Nasilowski.

During the party, his friends said he didn’t have what it takes to be at the Games, leading Nasilowski to promise that he would one day become a Paralympian.

At the time, Nasilowski was overweight, smoked and drank, and he admits he was far from athletic. While learning to swim in school, he viewed it as a “life skill” rather than a sport.

“I told them (my friends), ‘Don’t tell me I can’t do anything because if you challenge me, if you say I can’t do it, I’ll do my best to prove it to you.’ And they just laughed at me, they thought I was a big joke and said I had a big mouth,” he said. “And then I started that Monday at the gym. “

Nasilowski had to start training on his own as Namibia had no Para-swimming program he could join at the time. His condition – he says his joints are “fixed from head to toe” – makes it difficult for him to move through the water.

He trained at the gym before and after his job at a bank, studied classification on the International Paralympic Committee website, and also wrote pitches to local businesses asking to be his sponsors.

“Nobody knew anything about swimming or Paralympic swimming, for that matter,” he said. “I was the coach, I was the manager, I was the athlete, I was everything.”

In 2013, he entered the history books as the first Namibian to compete internationally in swimming, at the IPC Swimming World Championships in Montreal, Canada.

Three years later, he competed at the Rio 2016 Paralympic Games. As he finished last in his S3 men’s 50m freestyle heat, Nasilowski said it was a golden moment for him and his country.

“Just going to the Paralympic Games was a world record and it was a gold medal for Namibia,” he said.

Nasilowski’s attitude to challenges hasn’t changed since the barbecue where it all started. In fact, he could have gotten stronger.

By doing what people think is “impossible”, the swimmer wants to raise awareness for people with disabilities in Namibia and raise funds for para-athletes to train and compete.

During his last attempted crossing from Robben Island to Cape Town in November 2021, Nasilowski had to suspend swimming due to bad weather. The water was good at first, but was told to stop after there were big waves and the water condition deteriorated.

Despite this setback, Nasilowski’s message remains that anything is possible.

“I want to show people that you just have to go because life is about taking the chance and taking what’s yours. You can do it, but you have to want it,” he said. “You must want it more than anyone in the world.

“My mother taught me (when I was) a young boy that I had to work two or three times harder than anyone else, and I was willing to do that because I wanted to be the best version of what I can be.”

A star is born

While he hopes to become an inspiration to others, Nasilowski said he recently had his own inspiration – his daughter Nova, born in August 2022.

He loves parenting and is eager to teach his daughter life lessons.

“One day when she’s grown up and if she ever complains about anything or life gets tough, I want to tell her, ‘You know what, if I can do it, you can do it,'” said the Paralympic athlete.

2022-09-14
Previous Post: Radford family mother Sue bursting with pride after her daughter’s first swimming lesson
Next Post: Léon Marchand is the new star of French swimming at the right time for the Paris Olympics