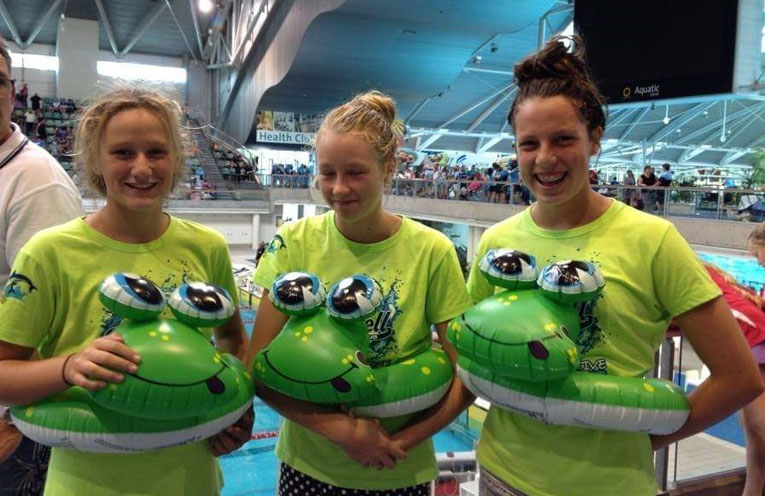 The 22-year-old booked her ticket to Tokyo and a place on the Australian swim team after breaking Australia’s record in the women’s 1,500 freestyle at the Australian Swimming Trials last week in Adelaide.

Paul Stevens, a member of the Sawtell Swimming Club board of directors, said club members were eager to see a former club member compete on the biggest stage in world sport.

“All of our members will be delighted to see Maddy represent Australia in Tokyo and it will be an inspiration to our young swimmers to know that one of our former members is now an Australian and Olympian record holder,” he said. -he declares.

Stevens said the star swimmer moved to Queensland to pursue her dream of swimming.

“She used to swim and train at the club before moving to the Gold Coast in 2015 because her parents saw her potential,” he said.

Stevens told News Of The Area that there was a sense of excitement within the club as one of their own would be competing in the Olympics.

“It’s pretty exciting and there’s a buzz at the club because she’s from a small club,” he said.

Tim Raven coached the new Olympian at Sawtell Swimming Club before moving to the Gold Coast and told News Of The Area it was no surprise she qualified for Tokyo.

“I really knew she was capable, and she found her place because she was always good at the shorter distances, but she proved that she was exceptional in the 800m and 1500m,” he said. declared.

“She’s such a good kid and really good to train and easy to get along with, and she had that natural ability as she just glided through the water.

“She worked really hard because she swims 50 to 60 km per week even when the national trials were underway.”

Georgina Mallia’s son Luke used to swim with Gough when he was a junior and said she can always see her teammate’s potential.

“She has always been so dedicated to swimming and very calm and humble, and she always seemed to have the potential to make an event like the Olympics.”

She then represented Australia at the World Championships in South Korea in 2019 where she placed 5th in the women’s 1500m freestyle.