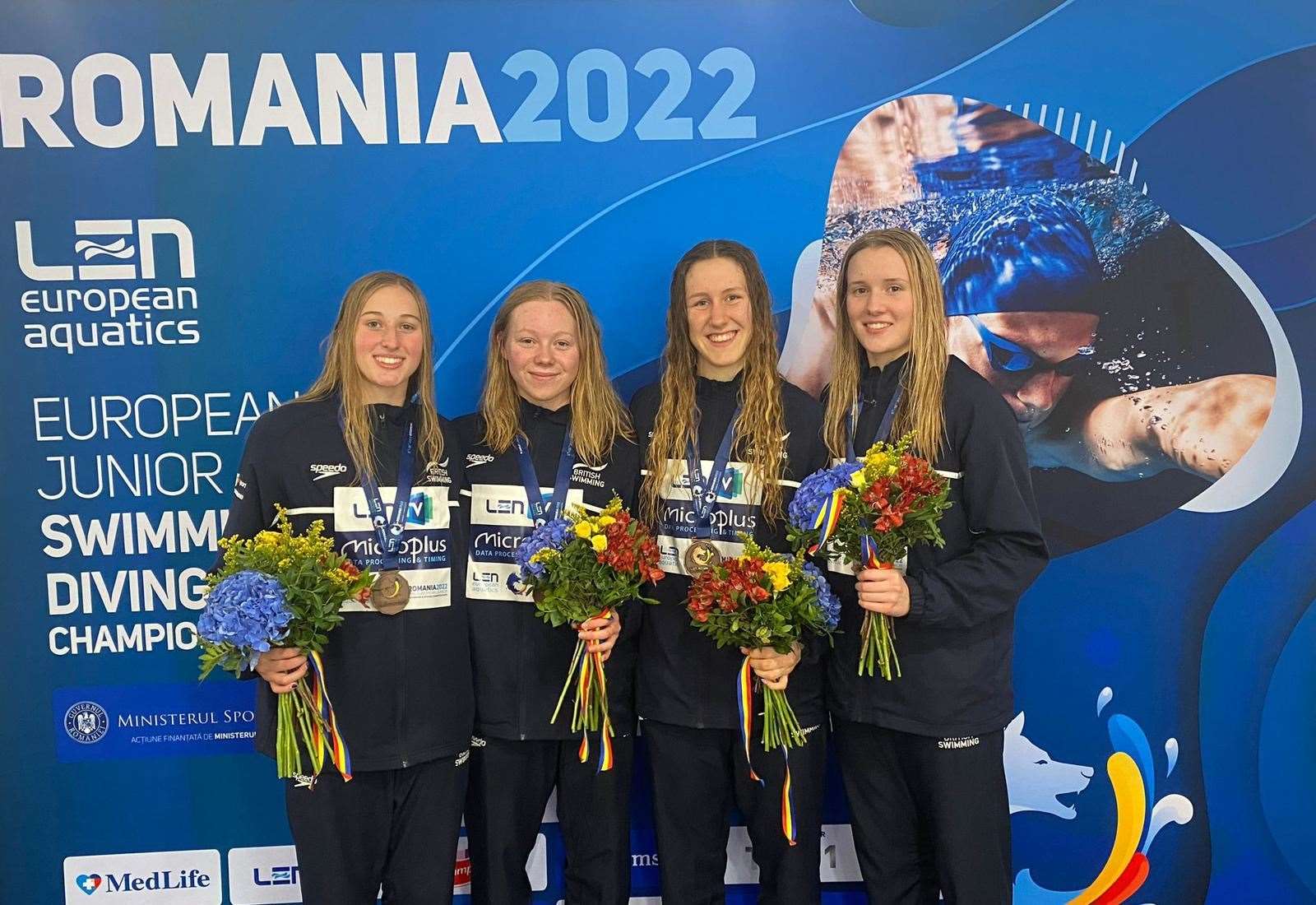 Croker has been chosen to represent the British team at the Championships which is one of the world’s premier annual swimming events and gives the sport’s rising stars the opportunity to experience international competition with the best from all over the world. ‘Europe.

She returned from the event in Romania with a bronze medal as part of the women’s 4x200m freestyle relay team with Haynes full of praise for her young protege.

He said: “We are all extremely proud of Emma’s achievements at the European Junior Championships.

“Everyone at South Lincs is delighted for her and I really hope Emma’s results will inspire many swimmers at the club to replicate her achievement.

“It has been an incredible experience for Emma to be able to compete on the international stage and learn to fend for herself away from her family and teammates.

“I really hope this is a stepping stone for Emma to go on to even bigger and better things.”

Croker also competed in the girls’ 200m freestyle where she set a new Lincolnshire County record for the girls age group of 17 and was just slightly outside her personal best time set in April at the British Championships of swimming where his performance had ensured his selection.

And, having sampled life on the European stage, Croker is hoping for the possibility of a higher level selection.

She commented: “I really enjoyed my experience with the British team in Romania.

“Being able to face new people from all over Europe is something not many people get to experience, so I feel lucky to have been there.

“During my absence, I feel my independence has grown and I hope to have an opportunity again with a top team like this.”

Croker had been chosen to compete in the event based on her performance in the 200m freestyle at the British Swimming Championships.

They were held for the first time in Romania and took place in the newly built and opened Otopeni Olympic Swimming Complex on the outskirts of Bucharest.

Emma had been training hard since the end of the East Midlands Regional Championships in early May, preparing for her events where she was to compete in the individual 200m freestyle and as part of the 4x200m freestyle relay.

Having felt ‘unfit’ at the end of the regionals, Emma faced grueling sets in the pool, attending nine sessions and spending 16.5 hours a week in the water with gym sessions to add to his schedule.

There was only an eight-week period between the end of the regional championships and Emma’s departure for Romania.

“However, Emma is a hard worker and is committed to attending all of her scheduled sessions.”

Once the training cycle was complete, Emma traveled to Romania with the British team where she had the honor of being the first British athlete to enter the blocks during the championships, the 200m freestyle of the girls being the first test of the first day.

Swimming in the first heat of the 200m freestyle, Emma swam a very balanced race.

Opening in 61 seconds controlled for the first 100 meters, Emma was able to bring the race well home to hit the wall in 2.05.91 and take fifth place in her heat.

After the heats ended, Emma finished in 17th place, missing out on qualifying for the semi-finals by just one spot.

She also placed third among the British girls who took part in this event, securing her place in the relay team.

With no racing for Emma on day two of the championships, she just coped with a small, light training session in the morning and then joined the British athletes for the final session in the evening to support her teammates.

Emma was back in action on day three of the championships as part of the women’s 4x200m freestyle relay team.

She was joined by Hollie Widdows (Mount Kelly), Ashleigh Baillie (City of Sheffield) and Erin Little (Mount Kelly) to form the British quartet taking part in the event.

With 10 countries submitting teams, the relay was swum as a back-to-back final during the evening competition session.

Widdows led the team with a strong 200m opener and hit the wall in third place behind Hungary and Italy, handing over to Croker.

She swam a very fast first 100m, keeping the British team in touch with Italy and just ahead of Spain.

She swam her section of the race in 2.04.45 and touched the wall in third place and passed the baton to Ashleigh Baillie who battled to stay ahead of Spain and maintain the medal position that the Great- Brittany had established.

Erin Little brought the race home in style, fending off Spain to claim bronze from the British quartet in 8.13.42.

Emma’s South Lincs teammates were watching a live broadcast of the race before their training session and, needless to say, there was plenty of celebration as Great Britain touched home for the bronze medal.