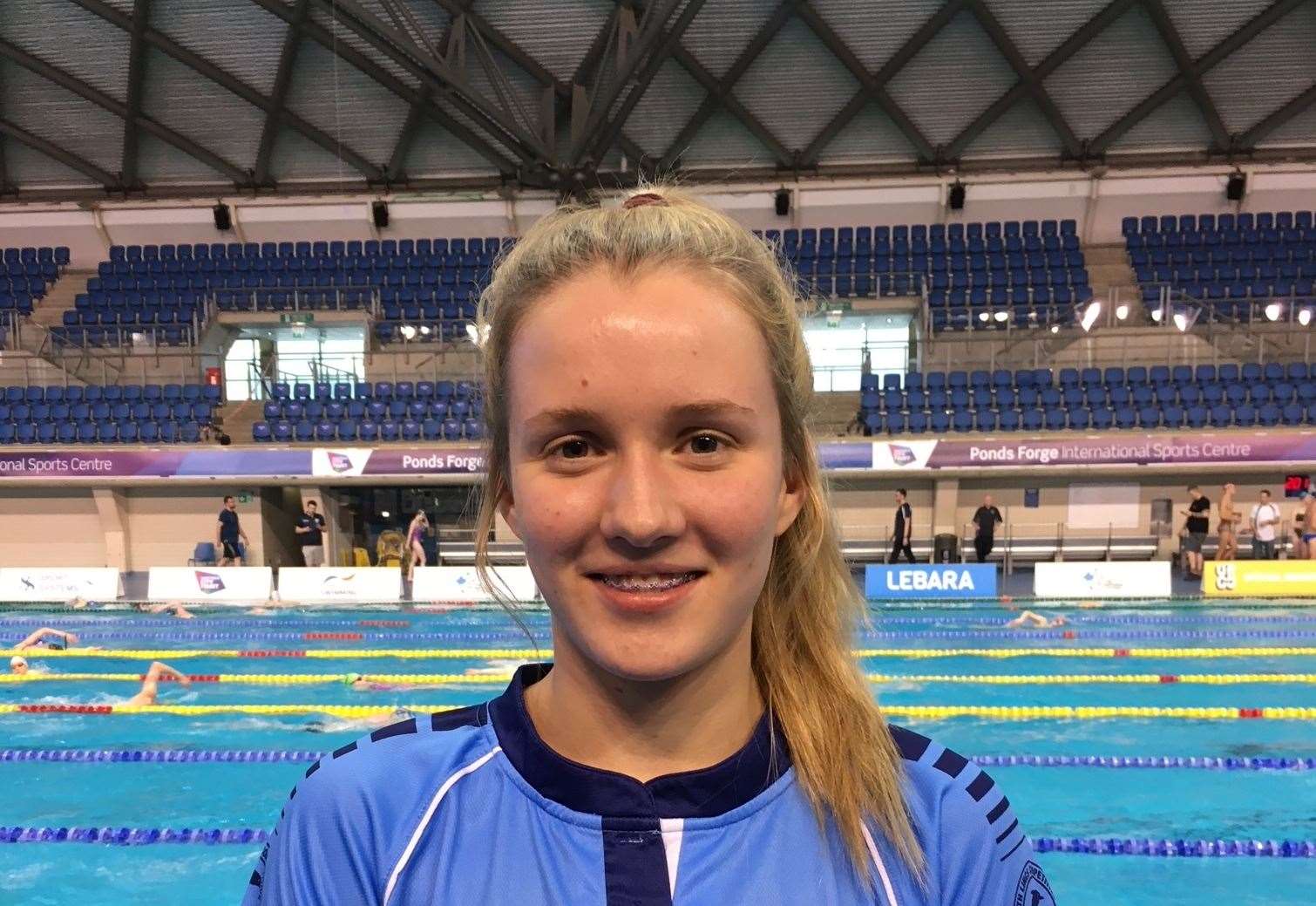 South Lincs competitive swimmer Emma Croker has been selected to compete for Team Britain at the European Junior Championships.

Croker was chosen after an impressive performance at the British Swimming Championships where she contested four events in the first four days of the meeting.

She finished second in her 200m freestyle final and was also fourth junior (17 and under) in the event.

She will now travel with the British team to compete in Bucharest, Romania, from July 4-11 this year.

A club statement said: “This is a huge achievement and honor for Emma and this is her first UK international cap.

“Many of the country’s best swimmers began their international careers by competing in the European Junior Championships and the club all sincerely hope that Emma will follow in those footsteps as she progresses in her swimming.”

Croker was joined by Ellisha Cookson and Rico Bringeman at the British Swimming Championships.

The event is the premier swimming event on the national calendar featuring many of the country’s top swimmers, such as Olympic gold medalists Adam Peaty, Duncan Scott, James Guy and Anna Hopkins.

The trio had the opportunity to rub shoulders with the best of British swimming over the week and showcase their abilities.

The British Championships were also of considerable importance as they acted as a selection competition for British senior and junior teams to compete in the Commonwealth Games, World Championships, European Junior Championships and the European Youth Olympic Festival.

All three swimmers acquitted themselves admirably over the six days.

Ellisha Cookson kicked off the South Lincs action with a bang as she stormed through her 50m breaststroke to set a new personal best of 0.76 seconds to finish in a new standard of 33.35 seconds .

She surprised herself by qualifying for one of the finals of the evening where she was able to improve her heat time and post a new personal best of 33.23 seconds, which was also a new club record.

Ellisha wore this form throughout the six days of competition.

She was back in action on day two of the 200m breaststroke championships where she clocked a new personal best of 2.43.99, a drop of 0.86 seconds from her previous best.

Swimming with control in the first 100m, Ellisha was able to attack the second half of the race and pull away from the pack of swimmers to set her new best time.

Ellisha returned home for a few days of training before returning to action on day six of competition where she lined up in the heats of the 100m breaststroke.

After setting new personal bests in the other two distances, it’s no surprise that Ellisha broke her personal best of 1.52 seconds to set a new standard of 1.13.87.

Ellisha’s time was once again a new club record and saw her narrowly miss the final of this event.

Three personal bests out of three races at this level of competition was a great achievement and bodes well for the national championships this summer.

She started her campaign in the 200m freestyle where, in the heats, she was slightly off her personal best, posting a time of 2.05.43 that qualified her for the evening final.

Emma found something special in her final and lowered her personal best by 1.28 seconds to finish with a new mark of 2.03.93 and take second place in her final. She also finished fourth junior (17 and under) in the event.

Emma then raced the 50m butterfly heats on day two of the championships and was close to her personal best finishing with a time of 28.85 seconds.

On day three of the championships, Emma competed in the 50m freestyle and was again just short of a new personal best as she finished in 26.81 seconds to secure another run in the junior final of this test.

A determined final swim saw Emma hit the wall in seventh place with a time of 26.90 seconds.

Emma closed her British Championships campaign on day four of competition with the 100m freestyle.

She swam a solid 58.03 seconds in the morning to again qualify for the junior final of this event in third place.

However, Emma managed to find something more in the 100m freestyle final and set a new personal best of 57.24 seconds as she battled her way through the second 50m to finish second in the junior final.

Rico Bringeman was determined to match the achievements of his teammates and had an excellent qualifying swim in the 200m butterfly with a new personal best of 2.07.32 to advance to the junior final of this event.

The goal is always to go faster in the final than in the heat and Rico found some extra speed in the second half of the race to touch home with a new personal best of 2.07.10.

Rico’s time was not only a club record, but also a new Lincolnshire county record in the event before he next turned to his individual medley events.

In the longer 400m individual medley, he fell short of his personal best with a run of 4.44.36, which was not quite enough to qualify for the junior final of that event.

A day off and a practice session got Rico back on track for the 200m individual medley.

A quick exit in the butterfly and controlled backstroke section of the race gave Rico his best backstroke speed as he traversed the breaststroke and freestyle sections of the race to break his personal best of 2.54 seconds. and stop the clock in a new mark of 2.10.55. His time was also a new club record in that event.

During the week, the three swimmers competed in 10 races and made five more finals and set nine new personal bests.

The competition was a huge learning opportunity for the three swimmers who had to manage themselves over a long period of time.

They also showed a real ability to go from the playoffs to the finals and give their best.