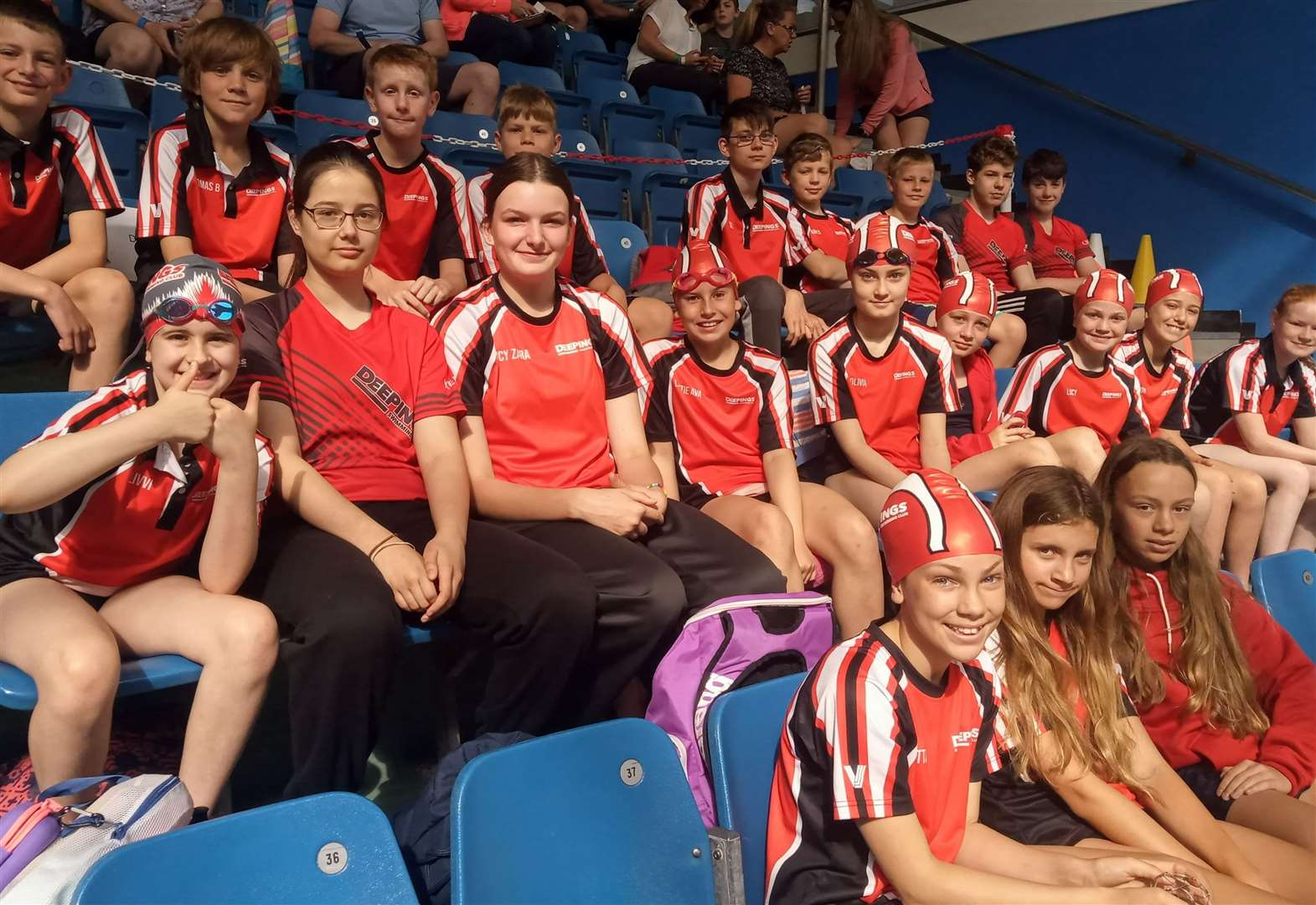 The nine-year-old delivered a perfect record of nine runs, nine gold medals and to top it off he also broke two Deepings age group club records.

The meet, which took place at the Grantham Meres Leisure Centre, saw the team compete against swimmers from Grantham, Lincoln Vulcans, Loughborough and Louth with all races rolled into one day of competition. Deepings won a total of 23 gold, 14 silver and 24 bronze medals.

Ashton swept the butterfly board with victory in the 50m, 100m and 200m events. He added the 200m individual medley and 50m and 100m freestyle titles to underscore both his versatility and total dominance.

His best performances came on the back. Again Ashton won all three events, but in the 100m and 200m races he broke the Deepings club record with times of 1:29.39 and 3:07.28 respectively.

The 200m was all the more impressive as it was Ashton’s first time running the longer backstroke.

Nineteen swimmers took to the podium as Deepings Swimming Club, who train in pools at Stamford Endowed Schools, put up a tough challenge for top club honours.

Eye-catching performances came from sister and brother Annabel and Oliver Shepherd who racked up seven gold medals between them.

She added more gold medals in the 100m backstroke and 100m individual medley as well as silver in the 100m freestyle.

Brother Oliver, meanwhile, won two races in the 12-year-old age group, the 100m butterfly and the 200m individual medley, took silver in the 50m butterfly and a pair of bronzes in the 50 m and 100 m freestyle.

Five other swimmers have won races, including four victories in butterfly events.

Oliver Clarke rounded out the gold medal performances with excellent wins in the 50m and 100m breaststroke, the latter with a whopping personal best 24 seconds to go under two minutes for the first time, clocking 1:59.60.

A host of other swimmers from all age groups won silver and bronze medals after strong races, including several with new personal bests.

Olivia Laud won two silver medals in the 50m butterfly and 100m backstroke for the 9-year-olds, as well as a bronze medal in the 100m individual medley.

In the 14-year-olds, Kendra Greenwood-Covell finished second in the 100m and 200m butterfly, adding a third place in the 200m individual medley.