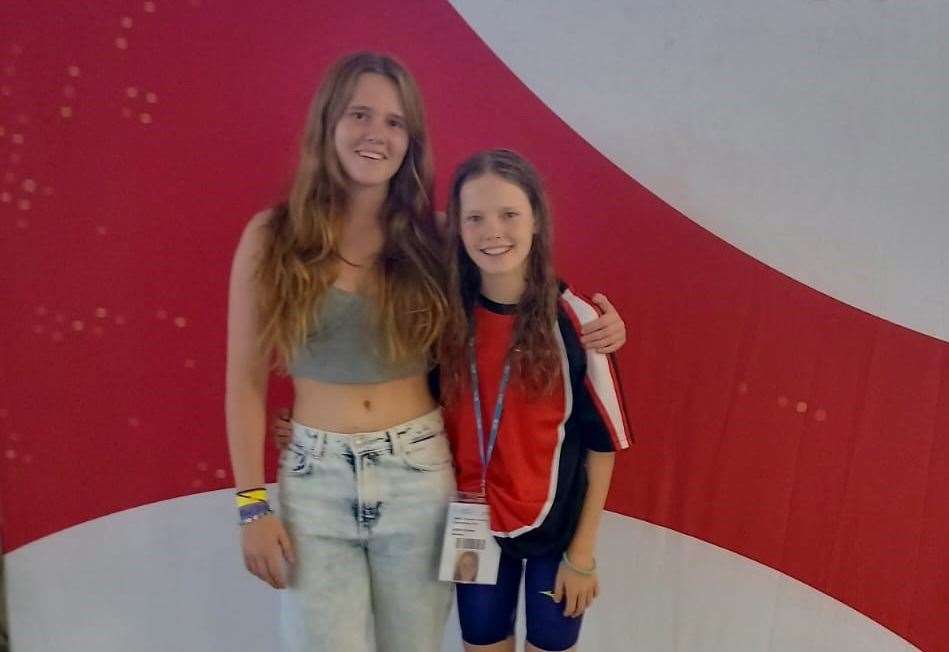 Deepings Swimming Club sisters Olivia and Sadie Hunter reached the finals of their four races at the British and English Summer National Championships – the pinnacle of club competition – with a string of career best performances.

Olivia qualified for the 200m butterfly and 400m individual medley at the British Summer Championships, which took place at Ponds Forge in Sheffield in late July.

Competing against the country’s top club swimmers, she swam personal bests in the heats to advance to both finals in the 18-year-old age group, qualifying eighth fastest in the 400 individual medley in 5:11, 04 and fourth fastest at the butterfly in 2:20.87.

Strong performances in both finals saw Olivia finish seventh in the butterfly and 10th in the 400 individual medley.

Olivia then joined her sister Sadie at the English Nationals two weeks later to compete in the 100m butterfly, with Sadie in the 200m butterfly.

Olivia went three out of three for finals and personal bests, knocking back her personal best 100 butterfly in the heats and shaving a few more hundredths in the final to finish eighth in 1:05.13.

Three months after winning bronze in the 200m butterfly at the East Midlands Regional Championships, Sadie ended her season on another high with her first appearance at the English Nationals.

In the heats, Sadie took two seconds off her personal best to advance to the 14-year-old final as the fifth fastest seed.

A brilliant run in the final saw her break her personal best once again, this time by three seconds to finish fifth in 2:31.57.

Lynn Chapman, the outgoing Head Coach of Deepings Swimming Club, returned to the pool deck for the Nationals for the final time and was thrilled with the performances of both girls.

“Both Olivia and Sadie had outstanding runs at Nationals and I look forward to seeing their continued progress in the years to come,” she said.

“After coaching so many kids nationally and internationally, it was wonderful to end my time at Deepings Swimming Club with another trip to the Nationals. I wish the club all the best for the future.

Any potential swimmers who wish to follow in the footsteps of Olivia and Sadie, or who simply wish to improve their skills and endurance, can come for a free trial at Deepings Swimming Club by emailing [email protected] uk

2022-08-13
Previous Post: Swim with Whales in Iceland: This Trip Will Take You Under the Midnight Sun
Next Post: Romanian teenager David Popovici sets swimming world record in men’s 100m freestyle