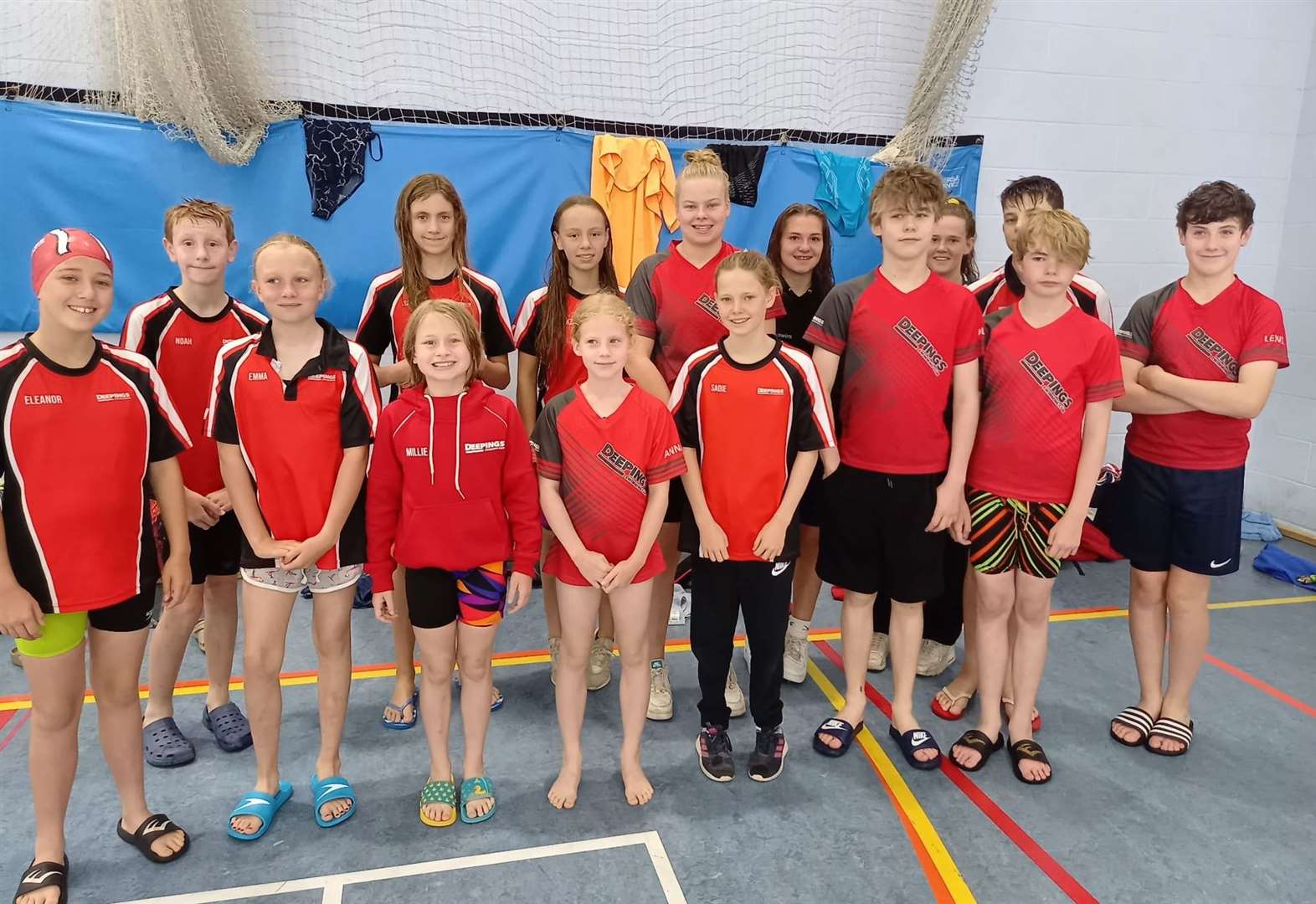 Deepings Swimming Club closed out the 2021/22 season with an outstanding weekend at the Chesterfield Summer Splash, winning 25 gold, 20 silver and 22 bronze medals.

After arguably the most tumultuous 12 months in the club’s history, which saw the closure of its home swimming pool at the Deepings Leisure Centre, followed by six months of nomadic existence at local leisure centers and Peterborough lidos and Bourne, his future was finally secured by a move to Stamford’s staffed school pools in January, which gives swimmers consistent water time to train and develop their skills and endurance.

Each meet since has seen results pile up, culminating in the regular season finale which saw 19 medal-winning swimmers and the team achieve an incredible 98 personal bests.

It was a fitting end to the coaching career of Deepings head coach of 17 years, Lynn Chapman.

“It was a wonderful competition to see my career at Deepings Swimming Club,” she said. “There were so many great performances from all the swimmers, many of whom have the potential to achieve great success in the sport.”

Holly Leggott dominated the freestyle and sprint backstroke events in the 15+ age group, winning gold in the 50m and 100m races.

She added three silver medals in the 200 individual medley, 100 butterfly and 200 backstroke, posting excellent times despite her recent return from a shoulder injury.

The Deepings Performance Team swimmers showed their quality by repeatedly reaching the podium.

Her sister Sadie, who will represent Deepings at the English national championships in the 200m butterfly next month, also won three gold medals, in the 100m and 200m butterfly plus the 400m freestyle, where she dove under five minutes to the first time to swim. 4:57.17.

Competing in the 13-year-old age group, Sadie also won silver in the 50 backstroke and 400 IM, knocking back 34 seconds from her previous record to hit the wall in 5:35.73. She ended her weekend with a bronze medal in the 200 IM.

Millie Herrick also broke the five-minute barrier in the 400m freestyle to win gold in 4:56.69.

The growing strength of the club at depth was clearly illustrated as seven young swimmers came away with first places, including three in the nine-year-old age group.

Annabel Shepherd won gold in the 50m butterfly, 200 IM and 200m breaststroke, the latter two with new personal bests, Oliver Clarke topped the podium in the 50m backstroke and 200 IM and Millie Edwards won the 100 IM.

Oliver Shepherd won the 200m butterfly, knocking back the personal best he set a year ago to 47 seconds, while teammate James Cash came first in the 50m backstroke.

Oliver also won silver in the 50m and 100m butterfly and 400m individual medley, the latter with a personal best 38 seconds to go under six minutes for the first time (5:58.91), as well as the bronze in the 50m freestyle. James also won a bronze medal in the 100IM.