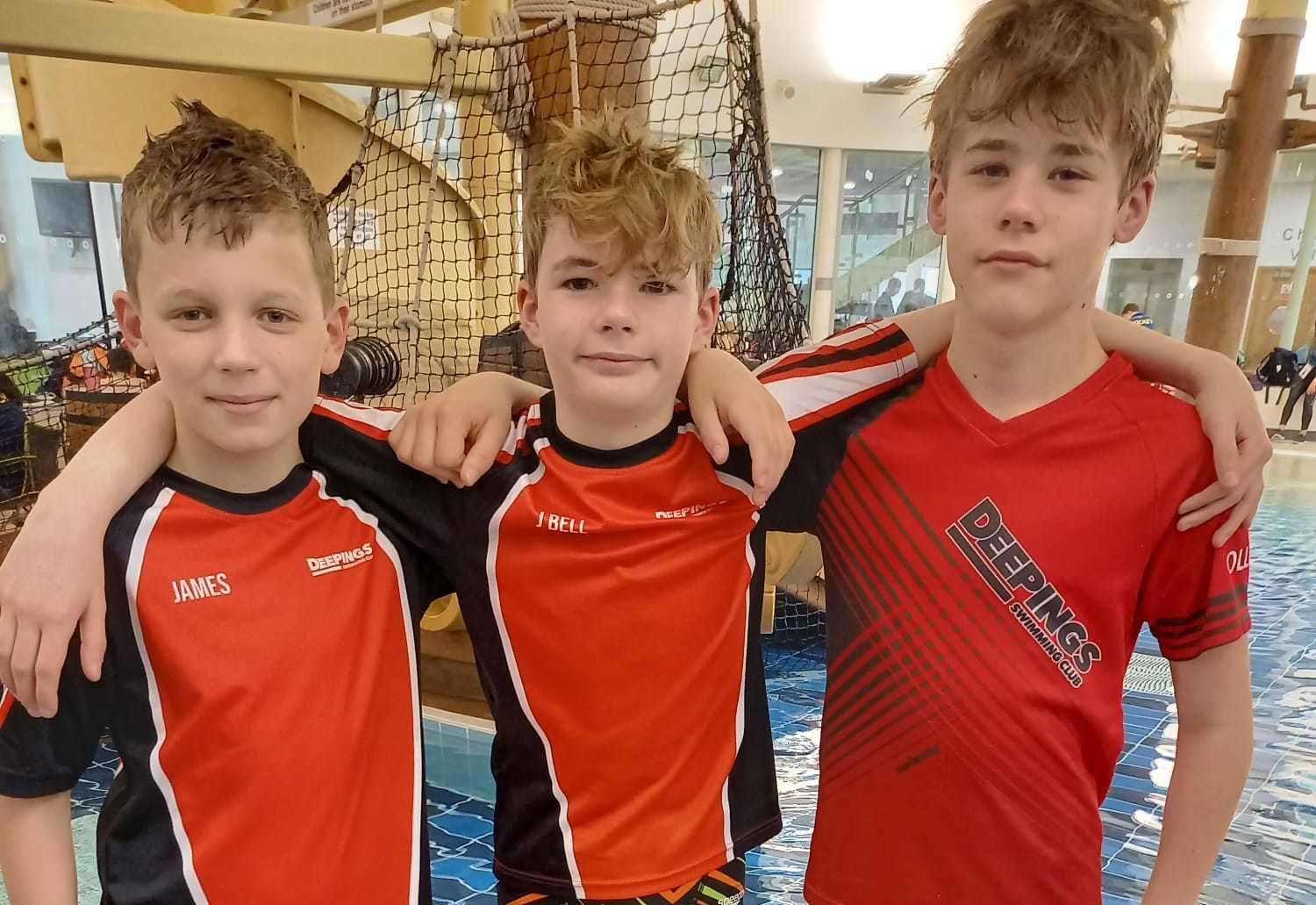 Swimmers of all age groups represented Deepings Swimming Club over the weekend as three youngsters competed at the East Midlands Regional Championships in Corby and six masters raced at the Newmarket Meet.

Oliver Shepherd and Jack Bell both qualified for the 13-year-old 50m backstroke, while James Cash raced the 50m backstroke and the 50m and 200m freestyle in the 12-year-old age group.

It was the first regional experience for all three boys, but none of them were impressed with the occasion, putting in strong performances.

Lynn Chapman, Head Coach of Deepings Swimming Club, said: “I was delighted to see all three boys gaining their first experience of Regional Championships and hope this will boost them for the rest of the season.”

At Newmarket, the Deepings Masters won an impressive 24 medals, including five gold, putting the team sixth out of 42.

Competing in the 18-24 age category, Helena Waters and Alice Pinney collected six medals between them.

Helena won the 200m freestyle, while Alice took bronze with a new personal best, and added her second gold medal in the 200m individual medley.

James Abbott (25-29) made sure every member of the team walked away with medals, winning silver in the 400m freestyle and 200m individual medley and bronze in the 200m freestyle – achieving personal bests in each.

Chapman added: “What an outstanding set of results by the Masters.

“It’s a testament to the hard work and commitment they show when training at Stamford Endowed Schools and Stanground Pools.

“They don’t have as many opportunities to compete as younger swimmers, so it’s great to see them really seize the opportunity and put in some great races.”

It was the second consecutive racing weekend for Deepings Swimming Club after eight swimmers from the performance team qualified to compete in the City of Norwich Swimming Club long course meet over the Easter break.

Sisters Olivia and Sadie Hunter both won their age groups in the 200m butterfly, with Olivia also taking silver in the 17/over 100m butterfly.

Sadie just missed adding to her medal tally in the 13/14 age group, with two sixth-place finishes in the 100 butterfly and 200 backstroke.

Their younger brother Ashton was not to be overshadowed by his sisters, as he won a silver medal in his solo race, the 10-year-old boys 50m backstroke.

Mieke McDonald completed the medal tally with bronze in the 12-year-old 100m butterfly, setting a personal best of five seconds in 1:28.62.

Holly Legottt set a new Lincolnshire County record for the 19+ age group in the 50m freestyle, knocking a full second off the old record with her time of 28.20.

Although she qualified for the final as the fifth fastest swimmer, Holly unfortunately had to withdraw due to illness.

More personal bests were to follow, with club captain Harry Cardell, Millie Herrick and Jacob Briers all performing over the weekend.