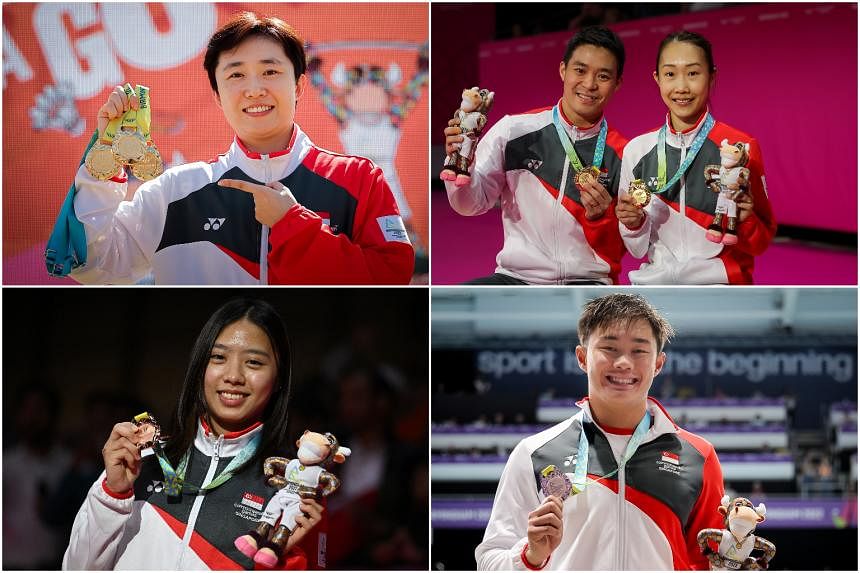 BIRMINGHAM – Ahead of this year’s Commonwealth Games, Richard Gordon, Principal Director of the Singapore Sport Institute (SSI) and Head of High Performance and Athlete Lives, was concerned about how Singapore would fare at Birmingham.

Shooting, a sport that has brought in 23 medals since 2006, was not included this time and 50 of Singapore’s 66 athletes were making their debuts.

But those worries were allayed as the Republic athletes ended their Commonwealth Games campaign with 12 medals – four gold, four silver and four bronze.

That was three more than the nine medals won at the 2018 edition on the Gold Coast, although Singapore had one more gold in Australia. The Republic’s best showing at the Games came in Delhi in 2010, when the athletes won 11 gold, 11 silver and nine bronze medals.

Gordon said during a post-mortem of Singapore’s performance on Monday (August 8): “I will say quite openly that we outperformed on target. I was very nervous about coming to the Commonwealth Games and to know how this could have turned out.

“Fortunately, that’s not the case. We performed very well against the targets.”

He singled out badminton, table tennis and swimming as those that impressed at the Games, pointing out that their various national sports associations had prepared the athletes well by offering them the opportunity to train abroad before the competition.

Beyond the medals, he was pleased with the progress of the swimmers who qualified for seven semi-finals and 19 finals.

The Singapore commuters won three medals this time around, including a historic mixed doubles gold from Terry Hee and Jessica Tan.

Yeo Jia Min’s bronze in the women’s singles was the first medal in the event since 2002, while the commuters also picked up bronze in the mixed team.

Their campaign, however, was also affected by the exit of world champion Loh Kean Yew in the men’s singles quarter-final. But Gordon wasn’t too worried and believes the 25-year-old has the support to achieve his goal of a podium finish at the 2024 Paris Olympics.