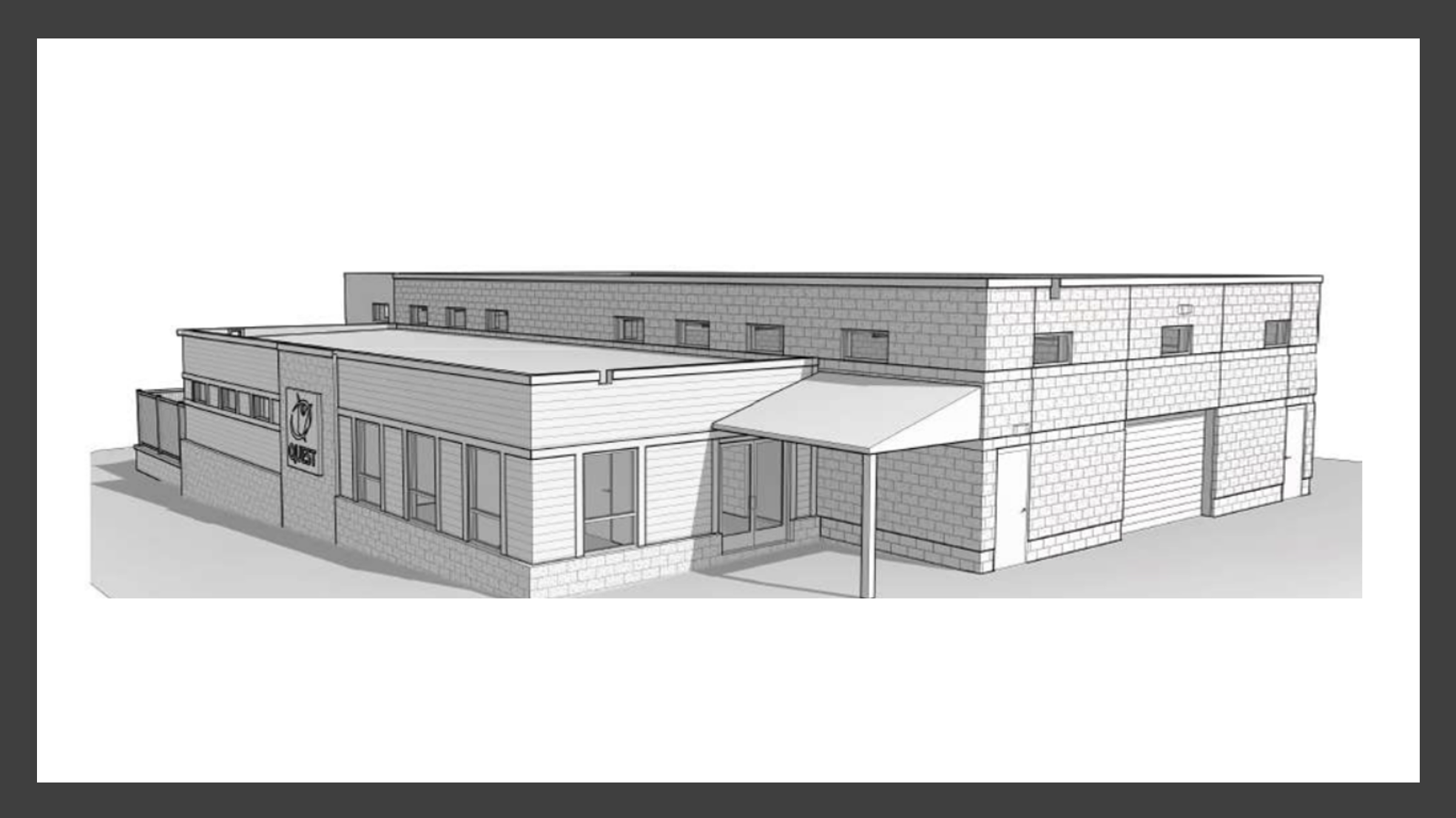 Quest Swimming is in the early stages of constructing a new 5,700 square foot building. The facility will include, among other things, a 25-yard, four-lane pool. (Image courtesy of Quest Swimming)

A swim program in Chesterfield County has outgrown its pond.

Quest Swimming has started a project to build a 25 meter four lane pool in a new 5,700 square foot building on its property at 6800 Deer Run Drive. The organization hopes to complete construction early next year.

Upon completion of the project, Quest will have two pools in separate structures: one dedicated to the program swim school and the other a base for the Quest swim team.

The new pool is expected to cost $1.8 million, and in addition to the pool, it will also include changing rooms, restrooms, a parent lobby and offices, CEO Chad Onken said.

Onken said the expansion will help facilitate the growth of both programs. This will also simplify the coordination of the activities of the two programmes. Currently, Quest uses its only swimming pool for swimming lessons and its swim team. Quest’s existing pool has six lanes and measures 25 meters in a 1,500 square foot facility.

“We are certainly at full capacity and trying to do both swim school and swim team in the same facility is extremely difficult,” he said.

The swim team has about 275 members, and Onken said he would like to see it grow to 300 members or more. The Quest swim lesson program, which offers lessons for children and adults, has about 500 participants per week.

“Our vision is the creation of an aquatic campus that can serve and help anyone in any aquatic situation,” he said. “When people think of water sports, we want people to think of Quest Swimming.”

The general contractor for the project is Graybeale Construction. The architectural firm is Balzer and Associates. Quest plans to finance the project through a loan from Old Point National Bank.

Quest has 25 part-time and full-time employees. While he expects to increase his numbers, Onken said a specific number has not yet been set.

The new pool will also help Quest expand its programming. Onken said he would like to attract more people who need space to train for triathlons.

“It’s not something we’re known for, but it’s one of the few things we want to be known for,” he said.

Onken said there were ongoing talks between Quest and undisclosed local private schools to sign deals in which Quest would be paid to provide swimming lessons to students, which would be a first for the organization.

“It’s a really big deal, absolutely, but our discussions at this point are very preliminary,” he said.