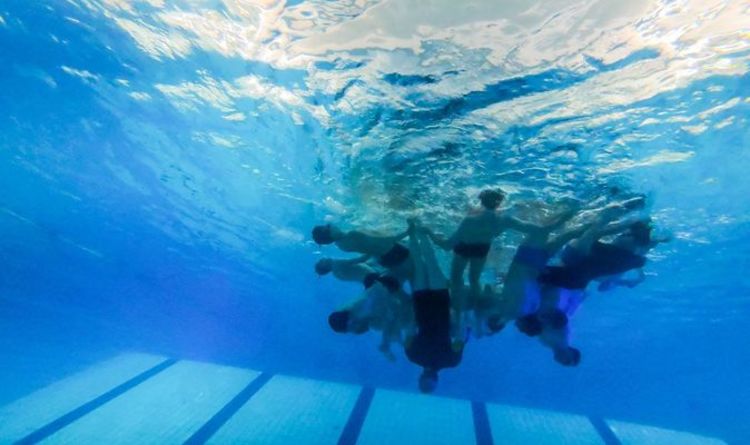 The previous pool was up to 12 feet 6 inches (3.8 m) deep, but the new one will only be 6 feet 6 inches (2 m). Council chiefs, who are spending £ 24million on the new pool, refuse to reduce depth as they say it would cost an additional £ 2million – but Halifax Synchro says he hasn’t seen evidence of it . Club founder and coach Charlotte Hughes, 38, said: “For a synchro club to offer facilities at a national level, we cannot do it with a pool less than 3m deep. is not deep enough from a health and safety point of view. “

She formed the club at the age of 18 and today it has 100 members. Among them is the ace of the British team Isobel Davies.

In 2019, the club’s 13-15 age group won the Combo National Cup at the Olympic swimming pool in London.

But the pools were then closed due to Covid, and Calderdale council said it would not reopen the 50-year-old Halifax pool due to structural damage. He says his new site will be able to accommodate 98% of current users.

Charlotte said: “The plans submitted to the planning department are not very clear and do not indicate the depth, but it appears to be significantly less than 3m.

“We are currently renting a private pool and the city council has offered to use another pool in Todmorden, but it’s an hour to and from Halifax.

2021-10-26
Previous Post: Swim club with possibility to win up to £ 100,000 – but it needs your vote
Next Post: Swimming lesson vouchers to keep kids safe while splashing in the summer